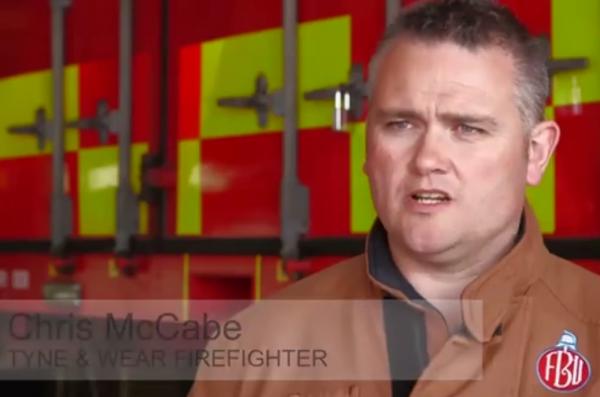 The Department for Communities and Local Government and the Fire Brigades Union are still at loggerheads with today's latest strike action seemingly doomed to be repeated.

A spokesman from the Department for Communities and Local Government said today: "All fire and rescue authorities have robust and well tested plans in place that include back up support if needed. Public safety will remain the primary focus and if anyone needs emergency assistance they should dial 999.

"The government believes a solution can be reached, but not under the shadow of industrial action, which only serves to damage firefighters’ good standing with the public. By disrupting constructive discussions and an open consultation in this way the FBU has once again shown it is not serious about finding a resolution."

The Fire Brigades Union has made a short film explaining why firefighters are on strike over pensions. This 24-hour walk-out is the longest yet in a three year campaign. It started at 9:00a.m. on Thursday 12 June. Another set for 10:00a.m.-5:00p.m. on Saturday 21 June. In the clip, representatives from the union discuss how the government’s proposals on pensions would affect members if implemented.

Firefighters are demanding a national televised debate with the English fire minister on government pensions plans.

Department for Communities and Local Government

"The deal on the table is fair and gives firefighters one of the most generous pensions in the public sector. Additionally the proposals protect the earned rights of a higher proportion of members than any other public sector scheme. Nearly three-quarters will see no change in their pension age in 2015. Under the new scheme, a firefighter who earns £29,000 will still be able to retire after a full career aged 60, get a £19,000 a year pension, rising to £26,000 with the state pension. The equivalent private pension pot would be worth over half a million pounds and require firefighters to contribute twice as much," continued the DCLG spokesperson.

Matt Wrack, general secretary of the Fire Brigades Union, said: “The government is ignoring all the evidence from its own reports on these proposals and has failed to counter our arguments in three years of negotiations.

“Their attacks will radically damage the fire and rescue service and it’s only fair that the public are given a chance to see the minister himself challenged over these ludicrous proposals.

“It’s time for the government’s spin to end. If he’s confident in his arguments, surely he’ll accept the opportunity for us to both lay our cases out in public?

"Before 2010, firefighters already contributed one of the highest proportions of their salary towards their pensions (11%), and in April this increased for the third year running (to 14.2%).

"Firefighters typically now pay over £4,000 a year from a £29,000 salary, and the government has announced they will impose another increase in 2015."

The FBU says increasing numbers of members are considering leaving the pension scheme as a result of its decreasing affordability - posing difficult questions over its sustainability.

Under the government’s proposals, claims the FBU, firefighters who are forced to retire before the age of 60 as a result of injuries will have half of their pension taken away. The alternative they face is to be sacked. The government’s own report, published in December 2013 by Dr Tony Williams, found that large numbers of firefighters would be unable to maintain operational fitness until 60.

The two strikes will be the thirteenth and fourteenth over pensions. The first was on Thursday 24 September 2013...and it seems as if more are to come.

Firefighters have issued a further eight day period of strike action. The strikes will take place for eight days from Saturday 9 August - until Saturday 16 August between...