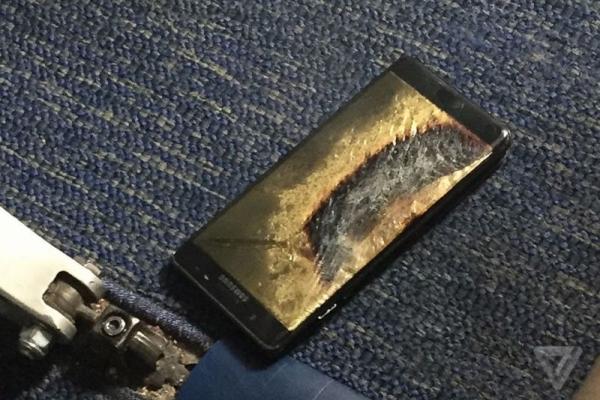 Samsung has stated that only about 60 per cent of owners have returned their Note 7 device for a replacement despite them being a serious fire risk - including on a flight this week.

Most airlines around the world are refusing permission for users of the Samsung Galaxy Seven to either turn the devices on or charge them from plane power sources where available. Property owners may also want to intervene given that Samsung did a complete recall because of the fault that ignites the device's battery - and as of week ending October 7, only 60 per cent of those sold had been returned.

ThisWeekinFM obtained the following statement from Southwest Airlines after a Samsung Seven burst in to flame on one of the company's jest:

'Prior to Flight 994 departing from Louisville for Baltimore, a customer reported smoke emitting from a Samsung electronic device. All customers and crew deplaned calmly and safely via the main cabin door. Customers are being accommodated on other Southwest flights to their final destinations. Safety is always our top priority at Southwest and we encourage our customers to comply with the FAA Pack Safe guidelines'.

Apparently, the device was being carried by a Mr Brian Green who threw it down in shock when it caught fire. it was not turned-on at the time. He had already returned his Note 7 to be replaced. Samsung are now keen to get this device back to check what has gone wrong.

Picture: A burning Galaxy Note Seven has held-up a flight an caused people to wonder what might go up in flames next. With thanks to Brian Green on Twitter

Samsung has announced it is suspending sales of its Galaxy Note 7 smartphones after reports of phones catching fire while charging - destroying the phone and the SIM with...