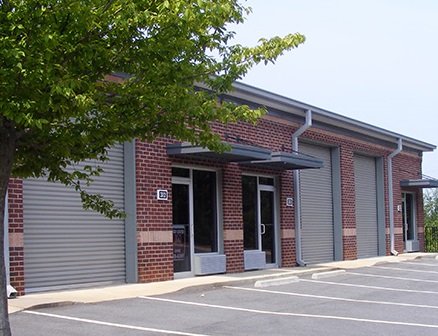 If you were to take the word of a survey of just 150 real estate bods acting for companies that employ more than 250 people, you'd be forgiven for thinking that the market for commercial office space was about to veer to the South-East and FM firms should be jumping for joy at the tidings for outsourcing.

Commissioned by RICS (in association with EY and Savills) to undertake its Annual Occupiers Survey, ComRes interviewed 150 'real estate decision-makers' in companies where 99 employed between 250 and 999 and 51 employed greater than 1,000.

Curiously, only 17 of those companies have their headquarters in London; 33 in the South-East and 21 in the South-West.

65 respondents from all over have any responsibility for their organisation's location strategy. 134 are responsible for facilities management.

According to the blurb that came with the survey: '20% of UK property decision-makers expect to increase, rather than decrease (7%) the amount of office space they own or rent in the South-East'. A closer look would suggest that even the 71 meaningful respondents don't expect any real change what-so-ever. Click Here for Survey Tables

'Double the respondents in the South-East expect to increase their property portfolio than those in London' might suggest that there will be a positive move in to the regions around the Capital...but again a closer look sees that respondents have suggested they will expand in all areas - London, The South East, The South West, The Midlands, The North and even the 'Devolved regions' - suggesting this survey may act as a barometer of confidence but no more.

Given the spread of organisations that have their headquarters outside of London and the South-East, one might wonder if respondents are really thinking of office space expansion. Julian Lyon, director of Worldwide Occupier Services at Savills, thinks they are. He said: “Given the potential increase in cost pressures for office space in central London, we would expect to see a greater level of occupational activity and expansion in the outer London and South-East markets." In ThisWeekinFM's opinion, this is not an unreasonable expectation - but not one that the survey could be said to positively underpin.

3.  Proximity to transport links and amenities (49%)

Paul Bagust RICS Director, UK Commercial Property Professional Group said: “After personal remuneration and company culture, the location and quality of space play an integral role in the recruitment and retention of talent. “These factors, typically the responsibility of strategic facilities managers, directly influence both occupancy and recruitment. This highlights the need for qualified FM leaders to be integral to strategic business decisions in board-level roles.”

ThisWeekinFM would not disagree with Bagust on this point but would seriously question whether the survey would support his follow-on: “The figures indicate those taking on more property are doing so to find better quality spaces, which are better managed and are equipped to deliver greater value to business – helping with recruitment and contributing to the bottom line. Occupiers are undoubtedly getting smarter about understanding the value of good, well-managed premises can deliver.”

Guy Brett, director, EY Real Estate Advisory, said: “The commercial property and facilities management industries can draw a degree of reassurance from the expected overall growth in property occupation and in outsourcing by UK corporates."

Mr Brett seems to have ignored that the RICS Occupier Survey has too low a sample base and thus too few respondents making a positive claim to property expansion, that facilities management outsourcing companies will not be jumping for joy or basing their projections on it.

Six years or so years after moving to Dublin to gain tax advantages, FTSE 250 insurance group Beazley is almost certain to come back to London - signalling an exodus that...