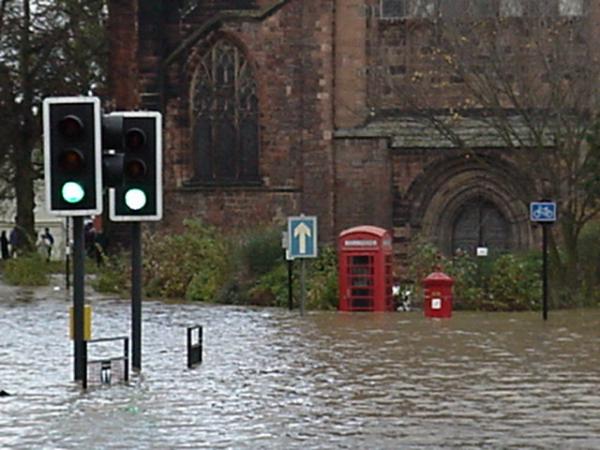 Having promised the greenest government in history in 2010, it was no surprise that Prime minister David Cameron came under the spotlight when he attended the Liaison Committee which comprises Chairs of Select Committees in Parliament.

Believing attack was best form of defence, Cameron rebutted accusations of 'backsliding' on environmental commitments as 'total and utter nonsense'. Despite this robust stance, he faced criticism from some Conservative MPs who took him to task for the cutbacks that had led to the cancellation of the Conservative's own competition for carbon capture and storage (CCS) technology.

Further criticism had to be faced on cuts to solar feed-in-tariffs (FiTs), wind and tidal power with Cameron producing figures against those put before him. He was pressed on the apparent paradox that although he said the UK was on track to meet environmental targets, a leaked letter from Environment Secretary, Amber Rudd in October 2015, conceded that the country would fail to hit the target by 2020 of 15% of its energy coming from renewables. Dated 29 October 2015 the letter admitted: ‘The trajectory…currently leads to a shortfall against the target in 2020 of around 50 TWh (with a range of 32-67TWh) or 3.5% points (with a range of 2.1-4.5% points) in our internal central forecasts (which are not public). Publicly we are clear that the UK continues to make progress to meet the target.’

Swimming against the tide

Cameron’s defence of the retreat over tidal power was greeted with scepticism by the committee, especially in reference to the proposed project in Swansea Bay that had previously been supported by Chancellor George Osborne.

The Prime minister swam against this enthusiasm by declaring: “We have not seen any proposals coming forward that would beat the [subsidy] strike price.”

On the disastrous flooding in northern parts of England and

Scotland Cameron was forced to hold up his hands when MPs lined up to protest against the vulnerability for people and businesses. “On flooding, there is no doubt we need to do more. We’ve seen what are called one-in-100-year events, or one-in-200-year events and they happened in 2007, 2013, 2015 and the country wants us to do more and we will do more.”

The belaboured Environment Agency and its role in the recent floods was found wanting in some quarters but the falling on his sword by its chairman, Sir Philip Dilley, who chose the sun of the Caribbean to the rains of Cumbria and elsewhere, meant that attention and outrage were lessened. Dilley’s deputy, Emma Boyd, had conceded in December that a 'complete rethink' of the UK’s flood defences was required. For the cynics that was likely to mean more forests cut down to make way for reports on what went wrong.

The reaction of the green lobby outside of Parliament has been one of exasperation.

“If dismantling a dozen green policies and putting 19,000 solar workers on notice isn’t ‘backsliding on green commitments’, I don’t know what is,” moaned Craig Bennett, CEO, Friends of the Earth.

Fracking in flooded areas was another topic that exercised the minds of Greenpeace. According to its figures nearly 20% of recent fracking permit blocks offered by the government ‘substantially overlap with zones at significant risk of flooding’. “As if there wasn’t already good cause for strong opposition to fracking in local communities, the prospect of fracking potentially taking place in flood-risk areas is beyond parody,” was the baleful comment of Hannah Martin, Energy Campaign, Greenpeace. “The government has lauded the outcome of the recent climate summit in Paris and is talking big on tackling climate change. Why then is it committing to driving forward a new fossil fuel industry which runs contrary to our commitments in Paris and will only contribute to the kinds of extreme weather which has been so devastating in recent months?”

Picture: Water, water everywhere – Prime minister David Cameron must have had a sinking feeling facing critics in and out of Parliament over his government’s environmental policies