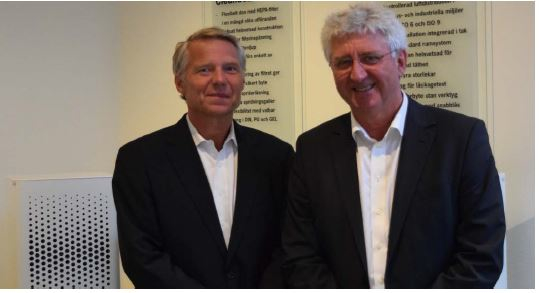 The importance of clean air to maximise the performance of Olympic athletes has been the theme of a dialogue between Camfil and the Swedish Olympic Committee (SOC) for more than 10 years.

Air pollution is often a subject of discussion because of the way it has an impact health and air quality in general but also because it negatively affects the performance of athletes in Olympic sports events.

On occasions, poor outdoor air quality at Olympic venues can be a major concern, although it tends to be an ‘invisible’ problem that is not easily detected with the naked eye.

Camfil’s collaboration with the SOC will involve the implementation of an air quality programme before and after the Olympics. The ventilation systems of training facilities will be equipped with the company’s air cleaners. Camfil will also install its newly developed and patented air purifiers in the homes of athletes in Sweden and in rooms in the Olympic Village. Air quality will be measured and analysed to determine how it helps athletes perform.

The Centre for Allergy Research (CfA) at the Karolinska Institute in Stockholm will evaluate the results together with SOC’s medical team.

“We can’t do anything about outdoor air pollution but we can improve indoor air quality (IAQ) in the facilities where our Olympic athletes from Sweden will be spending much of their day in Rio de Janeiro during the 2016 Summer Olympics,” explained Stefan Lindeberg, Chairman, SOC. “The human body functions better in clean air than in air that contains pollutants and high concentrations of particles. If clean air helps our athletes recover better, they will perform better.”

The Government recently published a much criticised new draft air quality plan with a variety of options to reduce nitrogen dioxide levels in the UK. The options are...

Air that is Far From Fair

Recent US studies have found that the indoor air quality in offices can be two to five times worse than the air outside. The findings come from work led by Joseph...