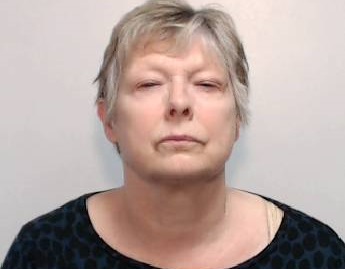 A man has been charged following a security breach at Buckingham Palace. Dennis Hennessy, 41 of Harrow in London, was charged on Thursday, 19 May, with trespass on a protected site contrary and criminal damage.

He will appear in custody at Westminster Magistrates' Court on Friday, 20 May.

Detectives from the London Borough of Southwark who are investigating a burglary at a commercial address have issued CCTV footage of three men they want to identify and speak to in connection with the incident.

On Monday, 9 May, police were called at just before 5:00am to a report of a burglary at the Co-Op on Spa Road in Bermondsey. A quantity of tobacco and lottery scratchcards were taken.

CCTV at the rear of the shop caught the moment three men smashed the lower half of the glass front door and then ran into the shop. They went behind the counter and put a quantity of tobacco, cigarettes and scratchcards into a bag. The three men then left the shop with the goods.

Woman sentenced after stealing £97,000 from employer

A woman from Stockport has been jailed for 16 months after stealing £97,000 from a bank. Helen Farrell 68 of Stoneyland Drive, New Mills, Derbyshire pleaded guilty to theft by false accounting at Manchester Crown Court, Minshull Street at an earlier hearing and was sentenced this week.

Farrell was subject to an internal investigation at Barclays which found that she could not account for large sums of money adding up to £97,000 appearing in her and her family’s bank accounts.

Police were informed of the investigation in April 2013 and she was later dismissed for gross misconduct in June 2013.

Detective Constable Katherine Perry of GMP’s Fraud Investigation Team, said: “Farrell deliberately deceived her employer for her own personal gain. She was in a position of trust which she ruthlessly continued to abuse over a period of time. Today’s sentencing proves that fraudulent activity will not be tolerated in Greater Manchester and we will aim to prosecute those who are guilty of such offences.”

13 protestors have been sentenced having previously been found guilty of being unlawfully airside at Heathrow Airport and aggravated trespass. On July 13 2015, the 13...