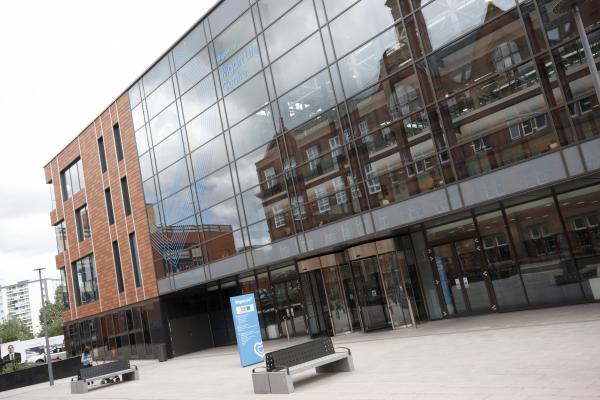 The Imax Xtra 560kW condensing boilers were specified to provide heating and hot water for the 215,000sq.ft Centre by Facilities and Project Management specialists, Emcor UK. Project Manager, Tony Watts, said: "Energy efficiency and reliability were top priorities when we were selecting the boilers. The original 1930's terracotta north facade was preserved because of heritage issues so it was also vital that the boilers were compact enough to fit through standard doorways and could offer flexible options for installation within the existing building structure."

The Imax Xtras installed in Wigan Life Centre are part of a centralised plant room incorporating Combined Heat and Power (CHP) and are designed to switch on in sequence as required to match fluctuating demand. A microprocessor-based sequential control system ensures that only the minimum number of boilers is fired at any one point to meet demand, maximising energy efficiency and reducing running costs for the end user. The whole system is designed to reduce energy use by as much as 35%.
The 560kW output model is supplied in two modules and operates in a designated master and slave sequence in order to provide the required load. Tony Watts explained: "Accurate control of the heating system at Wigan Life Centre is achieved by the two modules measuring the return temperature coming back into the boilers, before reducing input via fan speed to carefully match the temperature set-point attributed to the system load. As the load demand reduces, the input for each module will decrease with a turndown ratio of 5:1 until the slave module goes into standby, leaving the master module at minimum rate. This, too, will go into standby once demand is satisfied, effectively giving the boiler module a 10:1 turndown capacity. Flue and air dampers are also fitted to each module, enhancing efficiency and control still further."