Foundation for Change in Design 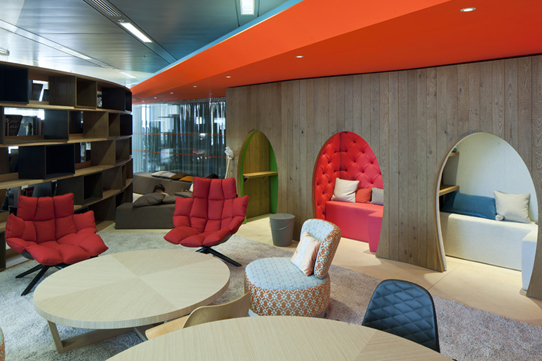 Based in Chelsea Harbour, London and in operation for 30 years, the new Foundation will have a threefold basis of function:

The KLC Foundation is seen as a formalisation of a variety of initiatives and projects the school has previously been involved in. Over the years students have designed interiors and gardens for schools, hospitals, hospices, youth clubs, refuges and most recently the flagship offices for Mencap and Regenerate’s Ashburton Youth Centre. KLC has also worked with local councils and schools to give talks, held competitions to raise awareness and highlight the potential of interior or garden design as a career.

“As part of the foundation we will now be able to provide some funding as well as expertise, to help make effective changes and improvements to healing and care environments and to involve teams of staff, students, alumni and members of the design communities to bring their skills and practical endeavours to particular projects,” explained Jenny Gibbs, Founder and Principal, KLC. “We also hope to harness this same support to broaden our remit with schools, to create a cohesive and pioneering programme encouraging industry and alumni support in running online competitions and provide mentoring workshops for participants who excel.”

KLC will also provide bursaries for ‘outstandingly’ talented students to study at KLC, for whom this would not otherwise be financially viable.The first bursary for January 2016 has been awarded to Aldona Plywaczyk, a 42-year-old, former sales assistant originally from Poland.

Picture: KLC has been involved with many organisations and businesses to create imaginative areas such as this particular office area

BoConcept has introduced the Ottawa, a multifunctional modular sofa, designed by Karim Rashid. Ottawa is intended to provide space for collaboration and...