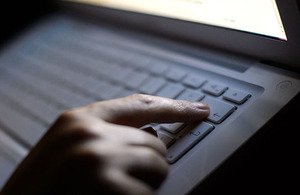 A joint US-UK statement has been made on malicious cyber activity carried out by the Russian government.

The National Cyber Security Centre (NCSC), Federal Bureau of Investigation (FBI) and U. Department of Homeland Security (DHS), have issued a joint Technical Alert about malicious cyber activity carried out by the Russian Government.

The targets of this malicious cyber activity are primarily government and private sector organisations, critical infrastructure providers and the internet service providers (ISPs) supporting these sectors.

Specifically, these cyber exploits are directed at network infrastructure devices worldwide such as routers, switches, firewalls, and the Network Intrusion Detection System (NIDS).

Not safe at home office

The router of the problem

A Man-in-the-middle attack is where the attacker secretly relays and possibly alters the communication between two parties who believe they are directly communicating with each other.

“Through information sharing programs like Automated Indicator Sharing (AIS), we are building the capacity for collective defence to minimise threats between US and UK network devices. While DHS cannot protect every network at all times, we can ensure that we are all collectively empowered to secure our networks through government and industry working together."

Manfra continued: “Cyber security is a shared responsibility and we understand that identifying a threat in one organisation’s network can prevent an attack in another.  Today’s joint Technical Alert is an example of how we are working with allies and partners to prevent cyber actors from having an impact on critical infrastructure to the fullest extent possible. Although this is the first time the NCSC is included as an author in a DHS and FBI joint product, our collaborative work has proved useful and effective in response to previous cyber related events.”

Howard Marshall, FBI Deputy Assistant Director said: "The activity highlighted today is part of a repeated pattern of disruptive and harmful malicious cyber action carried out by the Russian government.

"As long as this type of activity continues, the FBI will be there to investigate, identify and unmask the perpetrators, in this case, the Russian government.  The joint Technical Alert released today underscores our commitment to working with our partners, both at home and abroad, to combat malicious cyber activity and hold those responsible accountable.  We do not make this attribution lightly and will hold steadfast with our partners."

Ciaran Martin, CEO of the National Cyber Security Centre said: “Russia is our most capable hostile adversary in cyberspace so tackling them is a major priority for the National Cyber Security Centre and our US allies. This is the first time that in attributing a cyber attack to Russia the US and the UK have, at the same time, issued joint advice to industry about how to manage the risks from the attack. It marks an important step in our fight back against state-sponsored aggression in cyberspace.

“For over twenty years, GCHQ has been tracking the key Russian cyber attack groups and today’s joint UK-US alert shows that the threat has not gone away. The UK government will continue to work with the US, other international allies and industry partners to expose Russia’s unacceptable cyber behaviour, so they are held accountable for their actions.

“Many of the techniques used by Russia exploit basic weaknesses in network systems. The NCSC is leading the way globally to automate defences at scale to take away some of those basic attacks, thereby allowing us to focus on the most potent threats.”

Anyone who finds signs of the malicious activity described in TA18-106A is encouraged to report them to DHS’s National Cybersecurity and Communications Integration Center (NCCIC), FBI, NCSC or law enforcement immediately.

Picture: A joint US-UK statement has been made on malicious cyber activity carried out by the Russian government.