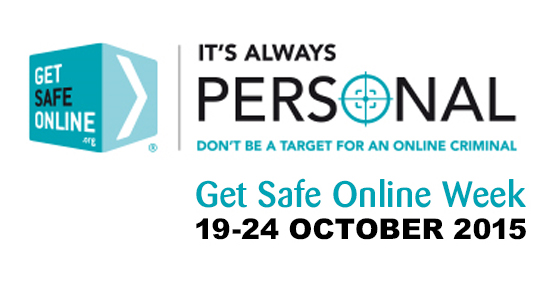 The UK public has been left feeling vulnerable following an increase in highly personalised cybercrimes according to Get Safe Online, the joint public private internet safety initiative.

In a specially commissioned survey for Get Safe Online Week (October 19?25), over one in five (21%) victims of a cybercrime believe they were specifically targeted by fraudsters and over a third (37%) had been left feeling vulnerable as a result. Only 38% of the victims believed that the incident was down to bad luck and over half (57%) think it’s becoming much easier to fall victim to an online crime.

The Get Safe Online survey went on to show that over a quarter of victims (26%) had been scammed by phishing emails or ‘vishing’ phone calls. These are a much more targeted type of scam where the fraudster uses data about the victim pieced together from various sources such as social media and intercepted correspondence to sound convincing, then manipulates them into sharing confidential information linked to online accounts.

Other areas where victims were targeted include:

The financial cost of a crime

41% of people who have been a victim of a cybercrime lost money with the average person losing £738. Men, however, are likely to lose significantly more, with the average loss being £839 compared to £617 for women. Shockingly, 8% stated they had lost in excess of £5,000.

Wow! That is personal

Separate figures, prepared by the National Fraud Intelligence Bureau (NFIB) for Get Safe Online Week, give an indication to the sheer scale of online crime, with over £268 million lost nationwide to the top ten internet?enabled frauds reported between 1st September 2014 and 31st August 2015. The £268 million number comes from reports of fraud, calculated when the first contact to victims was via an online function.

However, as a significant number of internet?enabled fraud cases still go unreported, the true economic cost to the UK is likely to be significantly higher. According to the survey, almost one in five (19%) don’t bother reporting a cybercrime.

The survey also indicates that the public are more aware of the risk of cybercrime; 30% of those surveyed think they know more about online safety now compared to a year ago and a further 21% say they know more than they did two years ago.

High profile data breaches in the news have also made people more cautious about their behaviour online, with the majority (64%) of the public being more cautious about sharing their personal data with companies. However, women are much more cautious (69%) compared to just 60% of men. 23% claimed it was specifically the Carphone Warehouse breach, 22% said they were most worried following the rise in scams in the wake of the pension reforms earlier in the year, 18% cited the Apple iTunes email scam and 17% stated the Talk Talk, Sony and Ashley Madison data hacks respectively.

What aren’t we doing to keep ourselves safe?

Despite concerns about cybercrimes being front of mind, the survey indicates that people are still struggling with basic safety precautions. Almost two thirds (65%) claim they could do more to stay safe online. Almost a quarter (22%) aren’t conscious about using strong passwords, 13% still have public social media accounts and one in 10 don’t bother using security software on their connected devices.

“As we spend more of our lives online, our digital footprints inevitably get bigger. Sadly, that means opportunist fraudsters will use information about us to make their scams more believable and difficult to detect. Being online offers so many great opportunities for everyone and we would never discourage anyone from enjoying and benefiting from them. However, we do urge people to take precautions so they don’t make themselves vulnerable to underhanded scammers.

"There are simple steps we can all take to protect ourselves online, including putting a password on any of your connected devices such as your phone or tablet, using the highest security settings on your social media accounts and never disclosing your confidential details when you are contacted by an email or on the phone, a legitimate organisation would never ask you to do this.

"The results of our survey show that cybercrime is getting much more personal so this Get Safe Online week we’re calling for people to be aware of this and take the small steps to keep themselves safe. Don’t let the criminals win!”

“Fraudsters are cashing?in online and are using the internet to commit crimes which they would never have been able to execute in previous decades.

“As this type of offending continues to increase and the internet becomes a playground for criminals, it is important that members of the public do everything they can to stop themselves becoming a victim of fraud and cybercrime.

“We urge everyone to think about their online behaviour and ensure that they do everything they can to protect themselves. Simple measures such as limiting the amount of personal information shared on social media platforms and the use of anti?virus software can help to prevent online crime.

"The internet is an excellent place to shop, work and play, don’t let cyber criminals stop you from enjoying spending time online.”

Who you need to speak to - or direct affected employees to

If you think you or someone in your firm has been a victim of cyber?enabled economic fraud (i.e. where money is lost) it should be  reporedt it to Action Fraud, the UK’s national fraud reporting centre by calling 0300 123 20 40 or by visiting www.actionfraud.police.uk.

If a victim of online abuse or harassment, report it to the local police force.

For general advice on how to stay safe online go to www.GetSafeOnline.org.?

The pandemic has taught us life can change overnight, but itās still worth looking at industry trends which might be present even if the pandemic were not. Click Image To Read More

Rinnai is offering all sites, especially Healthcare, a āHelp Me Chooseā facility via digital touchpoints. Click Image To Read More.