Get Your Eyes Tested - Brits Blighted by Avoidable Sight Loss 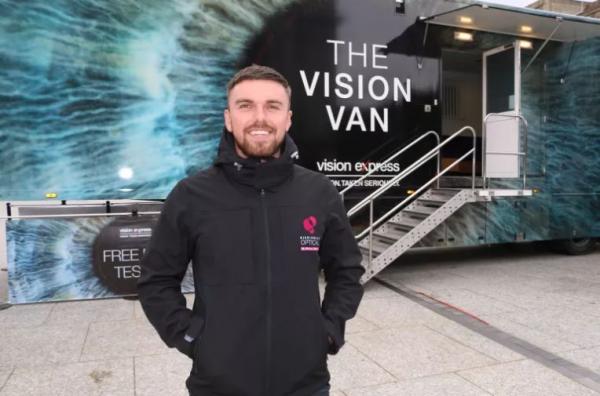 Eye health experts have warned that a million people in the UK are living with avoidable sight loss severe enough to have a significant impact on their daily lives – leaving them unable to do things such as drive. And worryingly, this number is forecast to rise by a third by 2030, if we don’t take action now.

David Cartwright, (Chair of National Eye Health Week which took place in Setember) explains: “Eyesight declines as part of the natural aging process and some cases of sight loss are still sadly unavoidable but for many simply going for regular eyes tests and adopting a healthier lifestyle could prevent sight loss having a significant impact on our lives and help people to live well for longer.

“Your lifestyle can impact your eye health regardless of your genetic predisposition. Being physically active has been shown to reduce your risk of visual impairment by 58 per cent versus somebody with a sedentary lifestyle; whilst ditching a diet high in meat – more than 3.5oz daily (the equivalent of two small sausages) – could help cut your risk of cataracy.”

Research published in the British Medical Journal reveals as many as one in five cases of Age-related Macular Degeneration (AMD), the UK’s leading cause of blindness, are caused by tobacco consumption. Making smoking directly responsible for around 120,000 cases of AMD in Britain today.

There is also growing evidence to suggest that what we eat and drink can play a role in triggering the onset and progression of AMD. One research study has shown that eating just one portion of fish a week could reduce your risk of developing AMD by as much as 40 per cent, whilst, heavy drinking (three or more standard drinks per day) has been associated with the development of early AMD.

Get your eyes tested

Poor uptake of regular eye tests, once every two years unless advised otherwise by your optometrist, is also a big risk factor for unnecessary sight loss as the early detection and treatment of common eye conditions like glaucoma is essential to avoid irreversible sight loss.

Almost 14 million (13.8) of us fail to have regular eye tests yet your optometrist can spot signs of glaucoma years before you may notice a change in your vision. In fact, there are an estimated 300,000 people living in the UK with undiagnosed glaucoma because they have not had a recent eye test.

On Monday 18 September Vision Express took its high tech Vision Van to Nottingham’s Market Square offering free eye tests to all - with 36% of those who took advantage confessing they’ve never had the essential health check.

In collaboration with National Eye Health Week, Nottingham residents were given free 30-minute sight tests as part of a UK-wide tour of the Vision Van. All appointments available on the Van were snapped up, with 90% of those tested found to need vision correction.

26-year-old resident Stephen McCullough was one of those who admitted he had never had an eye test before. He said: “I thought my eyes were alright just as they were. Luckily they’re only slightly off, so it’s nothing major.”

Like 73% of those seen by Vision Express at the Market Square event, Stephen is a regular driver and needs to be behind the wheel for his job, so it is vital his sight is up to scratch. “Just get it done”, Stephen advises others, “it’s a simple thirty minute procedure.”

Nottingham was the first stop on the 2017 National Eye Health Week tour, prompted by figures showing the city has a high population of people at risk of developing eye health conditions due to smoking and poor diet.

Over a fifth, 21.5% of adults in Nottingham are smokers, compared to the national average of 15.5% in England and 16.1% in the East Midlands. Plus, less than half of the local population (44%) eats their recommended intake of ‘five a day’ fruits and vegetables, 9% less than the national average.

Statistics show people who smoke are at least three times more likely to develop sight conditions, including age-related macular degeneration, than non-smokers and those eating a diet that is rich in fruit and vegetables could avoid eye problems and some eye conditions that can eventually lead to permanent sight damage.

Vision Express CEO, Jonathan Lawson. said: “By taking the eye test to the people, we can target areas where there is a worsening outlook for eye health and as our home city, we felt Nottingham would be the perfect first stop, particularly as we know that nutrition and smoking can impact sight.”

This is the fourth time Vision Express is touring with its Vision Van for National Eye Health Week, highlighting the importance of regular eye testing for good sight and general wellbeing, in light of the findings that two million people in the UK are living with sight loss, half of which is preventable, yet just over half of adults in the UK only visit an optician every five years, with 8% never having had a sight test.

Lawson concluded: “We know that people fear blindness more than any other sense loss, with one survey finding that 76% of people would rather lose a limb than their sight. And, we’re very aware that affordability is an issue for many, with 37% of people putting off having an eye test due to cost concern, so we want to help. That’s why anyone who can’t get to the Van while it’s on tour can download a free eye test voucher from our website.”

Everyone across the UK can benefit from a free eye test by downloading an online voucher until 30 September from the Vision Express website: www.visionexpress.com/national-eye-health-week-2017/free-eye-test. The voucher can be redeemed until 31 October 2017 at any of approximately 400 Vision Express stores across the UK.

Picture:  Stephen McCullough outside the Vision Van in Nottingham