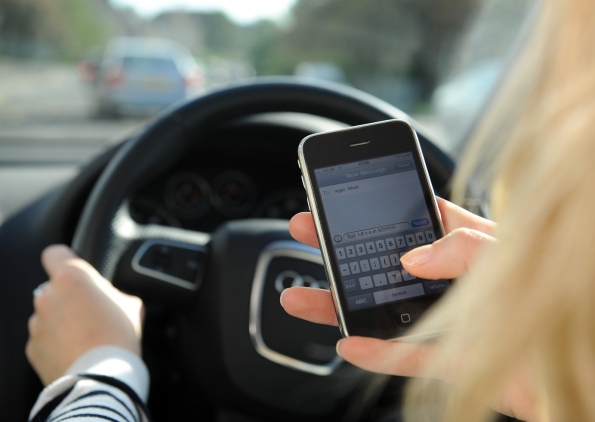 Following TWinFM’s widespread coverage of the dangers of mobile use at the wheel and high profile prosecutions, the latest police figures are bound to cause disappointment among road safety groups.

The Institute of Advanced Motorists (IAM) has already responded deploring the number of drivers given penalty points for using mobile phones at the wheel had fallen by 24% last year in England and Wales.

In addition to the BBC’s findings, an earlier study by the Department of Transport (DoT) showed 1.1% of drivers in England and Scotland were observed holding a phone in their hand with a further 0.5% observed holding the phone to their ear which is potentially more than 470,000 motorists.

This major survey also showed no improvement in those breaking the law since it was last repeated in 2009.

The IAM has long stated the reduction in visible policing meant drivers were flouting the law in larger numbers – and the IAM believes there is no reason to think the trend will not deteriorate.

“If 470,000 motorists are using mobile phones illegally and 72,000 tickets and 99,000 courses are being processed, it is a tiny and disappointing response,” stated Neil Greig, Director, Policy and Research. “More worryingly, neither approach seems to be having any effect on the numbers observed breaking the law. Most are still getting away with it. Until the fear of being caught increases we will continue to see drivers taking risks holding mobile devices while driving.”

Picture:    Car drivers are still using mobile phones illegally while driving and the numbers being caught are falling.