Getting on Track with One Card 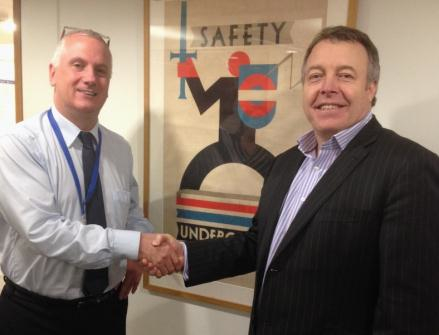 Network Rail and Transport for London have signed an agreement to extend the use of the Sentinel safety system to London Underground and its supply chain.

Seen as a ‘significant step’ towards the concept of a ‘One Industry One Card’, Sentinel cards began to replace the Transport for London (TfL) LU LUCAS smartcard on 1 April this year, although existing LU LUCAS cards will remain valid for access to TfL infrastructure until they expire.

In its current form, Sentinel was introduced by Network Rail in June 2013 to improve workforce safety as well as getting staff home safe every day. Since its implementation in 2013, workforce injuries and fatalities have fallen by 11%.

The system uses the latest smartcard and database technology to manage and maintain individual workers’ competence, medical records and authority to work. There are currently 96,000 active Sentinel cardholders and this collaboration with TfL extends access to over 33,000 additional rail workers which will increase over time as other parts of TfL adopt the smartcard.

The Sentinel service operates through an easy-to-navigate mobile application that is available on all smart phone devices. A built-in QR code scanner records the data of registered users from their cards at the point of entering a worksite.

“We often use the same suppliers as Network Rail, so it is sensible and safer to have the same processes and standards wherever we can, so they don’t have to switch between the two,” explained George McInulty, Programme Director of Infrastructure, TfL. “Joining Network Rail in the use of the Sentinel ID card is a fantastic example of where we can come together to make our industry a safer and more joined up place to be.”