Getting the Public Sector Juggernauts to Change 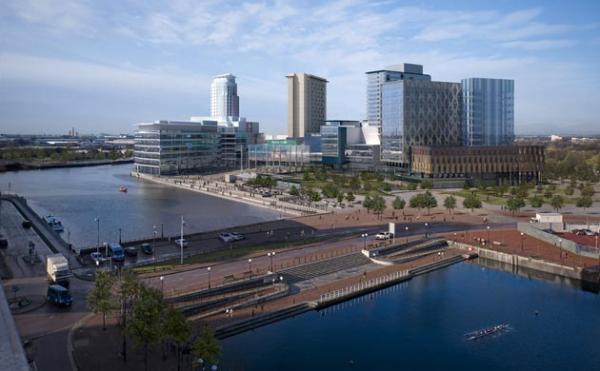 In its Public Sector Special, The Leesman Review Issue 14 looks at how public sector organisations can seek productivity and efficiency reforms by ‘learning’ from logistics giants.

Further contributions include an article from Alice Webb explaining how the BBC embarked on its relocation and a case study on Southend-on-Sea Borough Council.

The feature piece is an interview with the co-authors of Working Without Walls and Working Beyond Walls, discussing what themes are still relevant and how far the government has come regarding transformation and change within the workplace.

The Review also emphasises its collective data, reporting now on 64,000 plus respondents’ attitudes of their work environments and Philip Vanhoutte's regular ‘out-of-office’ view,

Pictured: The BBC learned how to manage the recent relocation to Salford from talking with outside logistics experts

It has been confirmed that Apple has agreed to lease office space within the historic Battersea Power Station. Apple will be the largest office tenant, occupying...

Premier Workplace Services has been awarded the contract to move the Francis Crick Institute’s research operations from buildings owned by Cancer Research UK and...