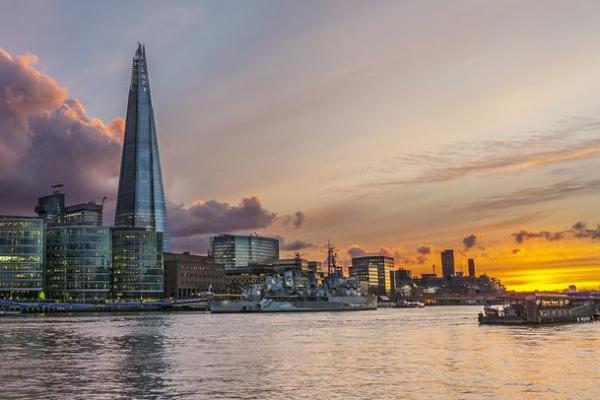 Copenhagen, Denmark is the smartest city, with a thriving business ecosystem, high proliferation of smart parking and forward thinking urban development, says a recent study. London ranks as number 17 in the index.

The study was conducted on behalf of the smart parking app, EasyPark and presented in Stockholm (the firm's home city) - which followed Singapore on the Smart Cities List. The study was undertaken not only to highlight those metropolises which are on the forefront of smart urban growth but also to learn from those cities which are showing impressive acceleration towards making life smoother for their citizens through digitalisation.

500 cities were selected and then analysed for 19 factors aiming to define what makes a city ‘smart’, beginning with digitalisation - meaning 4G, high-speed internet and high smartphone penetration.

Next came transport and mobility, which should be knowledge based with smart parking, traffic sensors and car sharing apps - according to EasyPark (not suprisingly). A smart city should also be sustainable, with a focus on clean energy and environmental protection. Lastly, there should be online access to governmental services and a high level of citizen participation.

These factors, and more, were then analysed to determine the final index of 100 cities. To round off the study and add a human element, the research team then asked 20,000 technology and urban planning journalists to rate how smart their cities are.

“Big Data has changed the face of the world as we know it because it allows us to create better solutions to real world problems. Without better solutions, global urbanisation would lead to problems such as traffic congestion, housing shortages and pollution - by using Big Data, we can help tackle these important global issues. In our case, we target mobility and help reduce the footprint of driving traffic while creating a much more welcoming experience for drivers.” said Mauritz Börjeson, CBDO of EasyPark Group. “Every city in this index deserves to be applauded for their efforts, and while the results clearly indicate those cities which are leaps and bounds ahead, it also brings to attention the admirable efforts of many cities looking forward towards a smart future.”

Below you can find a sample of the results for the top 20 smartest cities, showing six example factors to give an overview of the data: 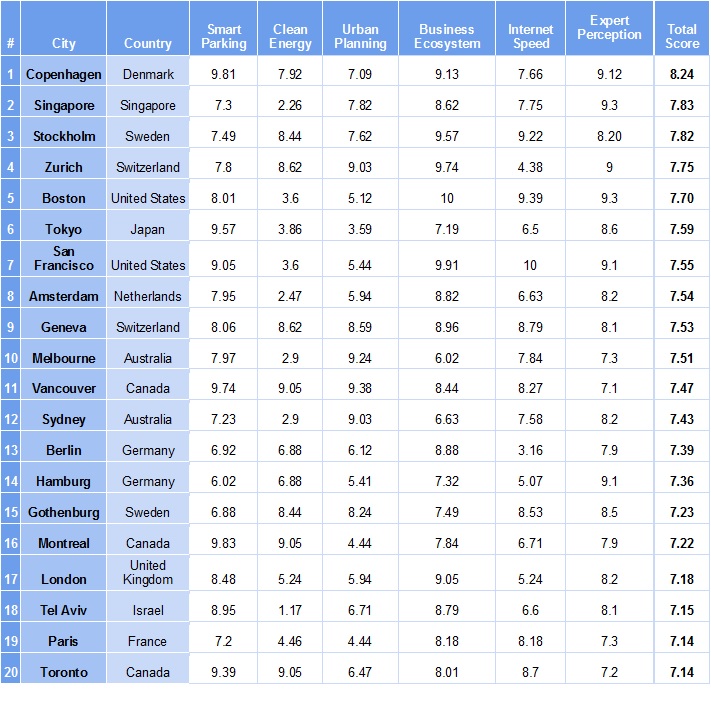 Boston, USA is considered to be the smartest city according to experts and journalists, followed by Singapore, Singapore and  Espoo, Finland.

COVID-19 has revealed the shortcomings of major cities in times of crisis and smart city initiatives might be able to help address these. According to a report from...