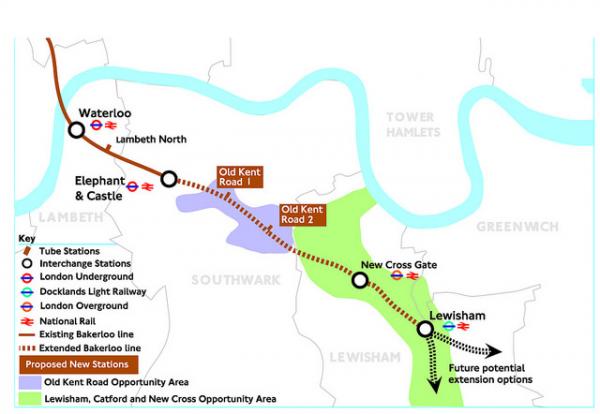 The extension of the Bakerloo line moved closer week ending Feb 10 with the opening of a new Transport for London consultation that sets out detailed proposals for station locations along the proposed route beyond Elephant & Castle.

The Bakerloo line extension, to Lewisham via Old Kent Road and New Cross Gate, is seen as vital to meeting the needs of the Capital's growing population, which is expected to increase from 8.7 million today to reach over 10 million by 2030. It would support growth in south east London through new housing, improved connectivity, increased transport network capacity and reduced journey times to key destinations including the West End and Lewisham town centre.

The public consultation will run until 21st April. Further information about the consultation and the questionnaire can be found at www.tfl.gov.uk/bakerloo-extension