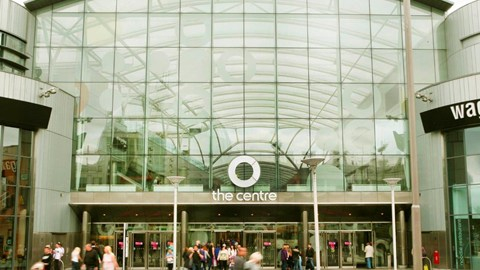 Land Securities has sold the facility to HSBC Alternative Investments as part of its Club Deal programme, together with Hines acting as asset manager, for £224.1 million.

The retail park is Scotland’s second largest covered shopping centre and totals more than 1 million sq ft and is home to over 160 retailers, including Primark, Debenhams, BHS and M&S, and has more than 2,500 parking spaces. Almondvale West Retail Park comprises six units totalling 116,000ft2 let to retailers, including TK Maxx and Matalan.

Land Securities owns and manages more than 25 million sq ft of property, from shopping centres to offices, valued in excess of £13.2 billion.

If the London shoppers heading to Oxford Street’s Primark had looked up from their mobile phones for just a minute, they might have noticed the tired West End...

Half a Circus, Quakers and Shops

In the first deal of its kind with a retail landlord, Regus Express sites are opening at Meadowhall in Sheffield, Broughton Shopping Park in Chester and Fort Kinnaird...

Business Rates Are 'Not Fit for Purpose'

A Parliamentary Committee has criticised UK business rates as damaging to the existing and future retail sector in Britain, stating: ‘We conclude that business...