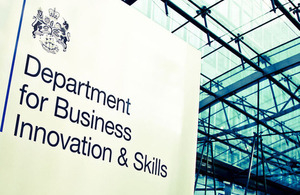 This week the names of 70 employers who failed to pay their workers the National Minimum Wage (NMW) were published earlier this week.

Between them, they owed workers a total of over £157,000 in arrears and have been charged financial penalties totalling over £70,000. The government had already named 92 employers since the new naming regime came into force in October 2013. They had total arrears of over £316,000 and total penalties of over £111,000.

To support the minimum wage crackdown, the government will also be increasing HMRC’s £9.2 million enforcement budget by a further £3 million, with the intention of funding an additional 70 compliance officers.

The government has been criticised by trades unions for not being ‘aggressive’ enough in pursuing employers. The GMB is particularly critical in not being allowed to approach HMRC directly on behalf of its members and that directors are not named as well as the businesses involved.

"As part of the public disgracing for the firms named, the GMB is calling for the directors of these companies to be placed on a ‘wage offenders register’ at Companies House and be deemed an unfit person to hold any further directorships,” demanded Martin Smith, National Organiser, GMB.

However, Business Minister, Jo Swinson, said the government was serious in its fight against employers not paying the National Minimum Wage. “We’re working hard in areas where we know there are particular problems, like the care sector, to make sure staff are paid fairly for the hard work they do.”

Currently, approximately100 care sector cases are currently being investigated and three employers have been publicly named, for failing to pay the minimum wage. HM Revenue and Customs (HMRC) has also launched ‘proactive’ investigations into six of the largest employers in the care sector.

Picture: The naming and shaming of 70 employers not paying their staff the National Minimum Wage is part of a wider campaign by the Department of Buisness, Innovation & Skills.