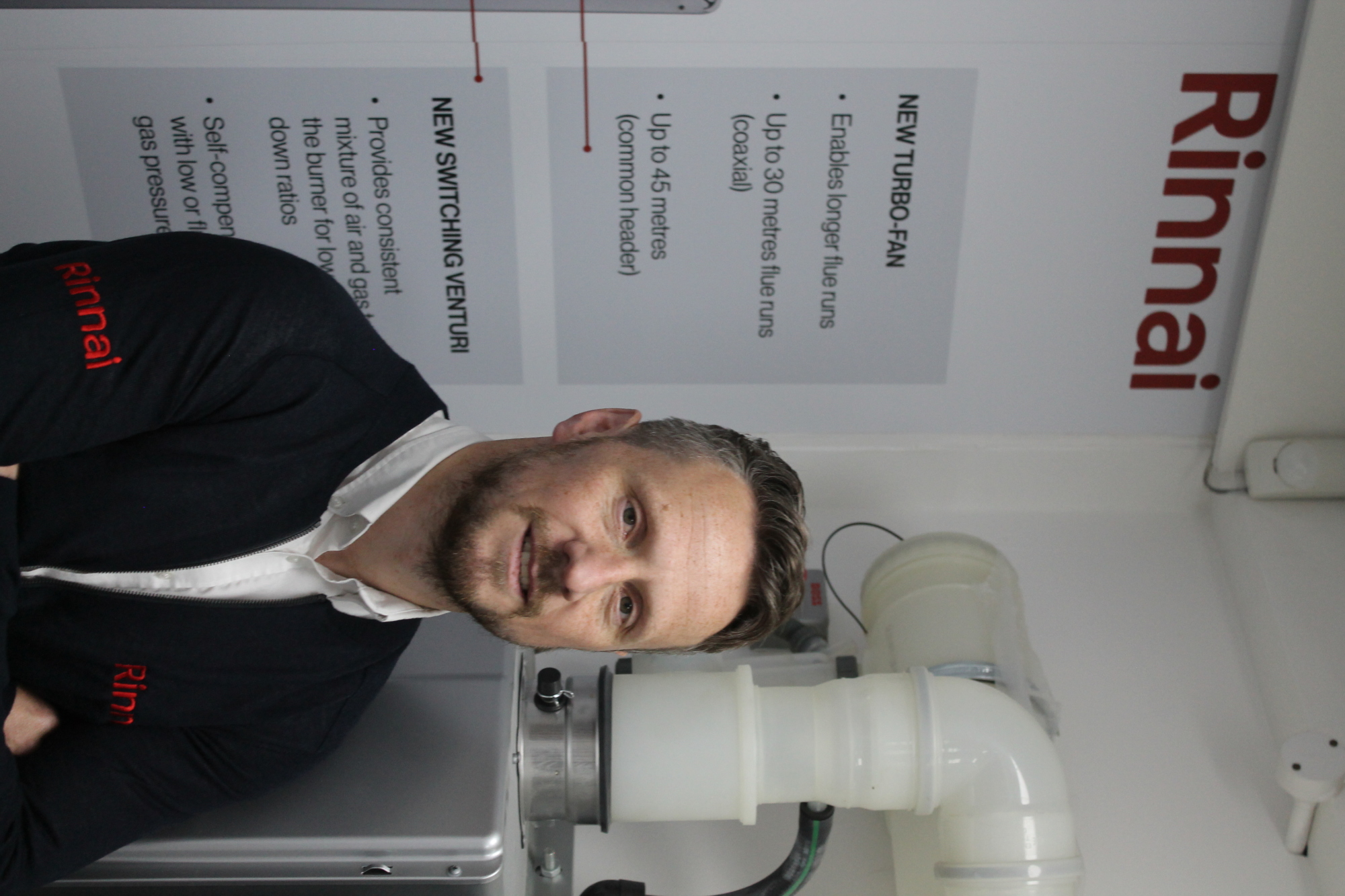 In this opinion piece, Rinnai's Associate Director of Operations looks at the current state of play.

Logistical and organisational details of net-zero ambitions to be achieved by 2050 are beginning to be outlined in several reports and papers produced by academia and technical specialists focusing on clean fuels for the future.

The future pathway of the domestic and commercial heating industry is opaque. UK governmental pledges to become fully carbon neutral by 2050 have forced decision-makers to realistically appraise the feasibility of future sources of domestic and commercial fuel. The resulting debate has information regularly discounted, updated, ignored, and embellished.

At present 85 per cent of households in the UK are connected to the national gas grid, all of which absorb fossil fuels. A further 65 per cent of non-domestic buildings are also powered by fossil fuels. Although there has been a 17 per cent reduction in domestic gas and electricity usage over the last decade, domestic and commercial heating accounts for up to 37 per cent of emissions (including industrial processes), between 13 per cent and 14 per cent directly being attributed to heating.

Heating UK building stock accounts for 40 per cent of all national energy consumption and is responsible for over a third of emissions; decarbonizing future domestic and commercial energy provisions, whilst maintaining efficient cost and performance is vital in maintaining national social and economic cohesion.

Therefore, the task of developing a fuel that is more abundant, easily accessible and possesses more capabilities than fossil fuels is both important and problematic.

"As a fuel transition is some time away, Rinnai will continue to offer hydrogen-ready hot water heating units. These same units can already handle BioLPG without any modification – supporting decarbonisation."

The dispersal of hydrogen into the national gas grid is seen by many as an ideal solution in cleaner domestic power. Countless international organizations, industries and policy makers favour hydrogen as the long-term replacement for fossil fuels.

However, as of yet, little work has been done to create national, or international, hydrogen capacity in vast quantities. This means that the immediate global impact of hydrogen will be reduced.

Rinnai maintains its stance that UK consumers must be made aware of any changes to the market that affects appliance output. To date, information already provided in various other Rinnai media statements has not changed.

Despite international demand for a swift decarbonized energy transition, the global economy and domestic fuel supplies are still hopelessly reliant on fossil fuels.

T. Isaac, in "Heat pumps, Boilers, and Decarbonisation", states: “2020 was the best year on record for low-carbon electricity generation; with nuclear generation accounting for 20 per cent, wind generation 24 per cent, other sources 15 per cent, and natural gas 41 per cent.”

Fossil fuels presently perform multiple duties and as demonstrated above, are also used to generate forms of clean power. Considering widespread reliance on natural gas, it is not inconceivable to suggest that fossil fuels will continue to provide domestic and commercial power for the next 5-15 years. A gradual decline in fossil fuel production and consumption is projected to be introduced sometime after.

What does this mean to the modern climate-conscious consumer? As a fuel transition is some time away, Rinnai will continue to offer hydrogen-ready hot water heating units. These same units can already handle BioLPG without any modification – supporting decarbonisation.

In case of a government mandate stating that after 2025 all-new gas appliance installations must be hydrogen ready, Rinnai utilise a 20 per cent hydrogen blend and are within sight of models that accept 30 per cent blends with full 100 per cent hydrogen appliances ready for deployment within a couple of years from now.

Any purchase made soon by a consumer regarding heat pumps and fossil fuel heating boilers is unlikely to bring any future financial repercussions through transitional enforced replacements, T. Issac writes: “Therefore, energy supply projections for both boilers and heat pumps can be seen to be on the same time frame. Over the course of either asset’s lifetime, e.g. 15 years, it is unlikely that a wholesale change to the energy supply dynamics outlined will change.”

A delay in providing an instant transition is further supported by news in mid-July 2021, that the UK government have postponed the public publishing of the “Heat and Building Strategy” over cost concerns. Additional governmental procrastination simply means natural gas-run appliances will be available to the end-user for an extended period.

Any choice based on future energy concerns is not an instant consumer worry. It is advisable to base a purchase on what device is more suited and economically attractive to the consumer. It should also be noted that both the heat pump and hydrogen run appliances are both reliant on, and are, obstructed by natural gas dominance. Therefore, any acquisition based on carbon credentials is practically nullified.

Again, T. Isaac points out: “Neither a gas boiler nor a heat pump should be seen as a genuinely low-carbon heating option today, as both will still be constrained by low-carbon energy supplies by the time they are replaced. Therefore, from the perspective of a consumer, the current decision between the two options should be made on personal preferences and relative economics, instead of a perception of relative carbon credentials.”

Note: "Heat pumps, Boilers, and Decarbonisation" by T. Isaac, in The Chemical Engineer; and a collaborative report completed in conjunction with the CBI and The University of Birmingham entitled, "Net-Zero: The Road to Low-Carbon Heat"  are referenced throughout this article.

The president of the Energy Institute has suggested that “hydrogen literacy” is key to the climate emergency response. Steve Holliday’s comments that...