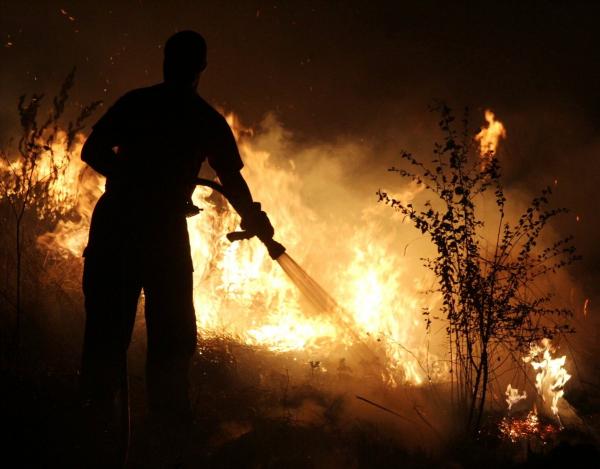 Businesses and residents have been warned by fire brigades to keep clear of grassland fires after a number broke out across the country in close to and in built-up areas. London and the South-East were particularly hit.

Thursday Aug 31 saw four fire engines and 21 firefighters and officers were been called to a grass fire at Hounslow Heath, Middlesex. One hectare of scrubland was damaged. It took just over an hour to get the blaze under control.

The same day and the same number of personnel and appliances were called to a grass fire in, Rainham, Essex. About three hectares of grass was damaged. This took just over the hour to control. Fire crews from Dagenham, Hornchurch and Wennington fire stations were called to the scene.

The previous evening, eight fire engines and around 60 firefighters and officers were called to a grass fire on Tottenham Marshes in Lee Valley Park.

At the height of the fire around three hectares of scrubland near was alight. Crews used grass beaters and water backpacks to fight the blaze and crew members remained at the scene throughout the evening damping down any hot spots to prevent the fire from rekindling.

Station Manager Gary Thompson said: “The fire covered an area the size of around three football pitches and crews worked hard to bring it quickly under control. Grass fires cause a great deal of damage to open spaces, property and wildlife but the public can help us stop them from starting by making sure that their cigarettes and barbecues are extinguished properly and that glass bottles, which can concentrate the sun’s rays onto dry grass, are disposed of carefully.

"It's also important that if you do notice a fire on open grassland that you don't attempt to put it out yourself as they can travel very quickly and change direction without The fire took over two hours to bring under control.

The same day, six fire engines and 35 firefighters and officers were called to a grass fire in Woodford Green in the Essex/London boarder. Four hectares of grass and scrubland was damaged - and it took nearly three hours to control.

Picture: Up in smoke - grassland has become so dry it is liable to catching fire