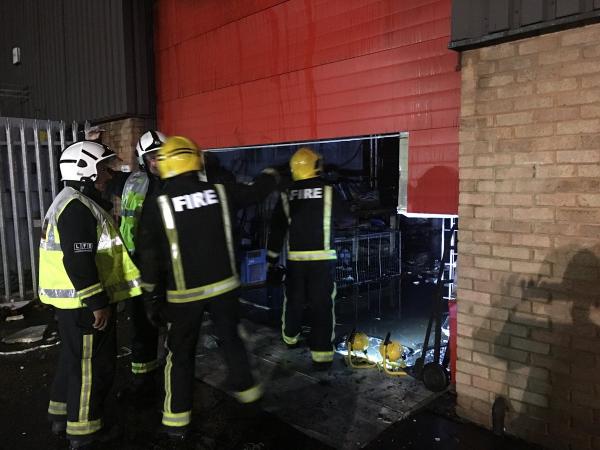 The London Fire Brigade has had another busy week as temperatures rise and call-outs to a variety of commercial property fires keep coming.

Thursday May 25 saw a fire at a waste and recycling unit in Thamesmead. Six fire engines and 35 firefighters were dispatched in the early hours of the morning.

Approximately three tones of rubbish stored in a concrete compartment was damaged by fire.

Islington - fire at a building site

Thursday May 25 also saw six fire engines and 35 firefighters and officers called to a fire at a building site at lunchtime in Islington. Part of a south facing wall at the building site was damaged by fire. One person self evacuated from the cab of a 30 metre crane.

The Brigade’s 999 control officers took more than 20 calls to reports of the blaze which was visible for miles around.

In what seems like the standard issue - six fire engines and 35 firefighters and officers were called to a fire at a single storey industrial unit with mezzanine floor unit in Tottenham on Tuesday 23 night.

They had to work particularly hard to gain access and tackle the blaze. The Brigade was called at 10:21pm and the fire was under control at 00:17am.

Tuesday 23 afternoon saw just four fire engines and 21 firefighters and officers called to a fire at a disused building in Stratford.

Part of the third floor of the building was damaged by fire.

Soho - fire at a restaurant

Sunday 21 again saw four fire engines and around 20 firefighters and officers called to a fire at a restaurant in Denmark Street in Soho.

Part of the restaurant's extraction system was damaged by fire.

The Brigade was called at lunchtime and extinguished the blaze in just under an hour.

The cause of the fire was accidental and due to the ignition of fat from cooking. All the other above fires are under investigation.

Early morning Saturday May 20 (6:15am to 8:00am) had seen a regular six fire engines and 35 firefighters and officers called to a fire at a commercial building in Westferry Circus in Canary Wharf.

Part of a plant room on the ninth floor of the building was damaged by fire.

The cause of this fire is also under investigation.

Picture: Main - a single storey industrial unit in Tottenham gave firefighters harder than usual access problems. Below - A building site fire in Islington was visible for miles and attracted over twenty 999 calls 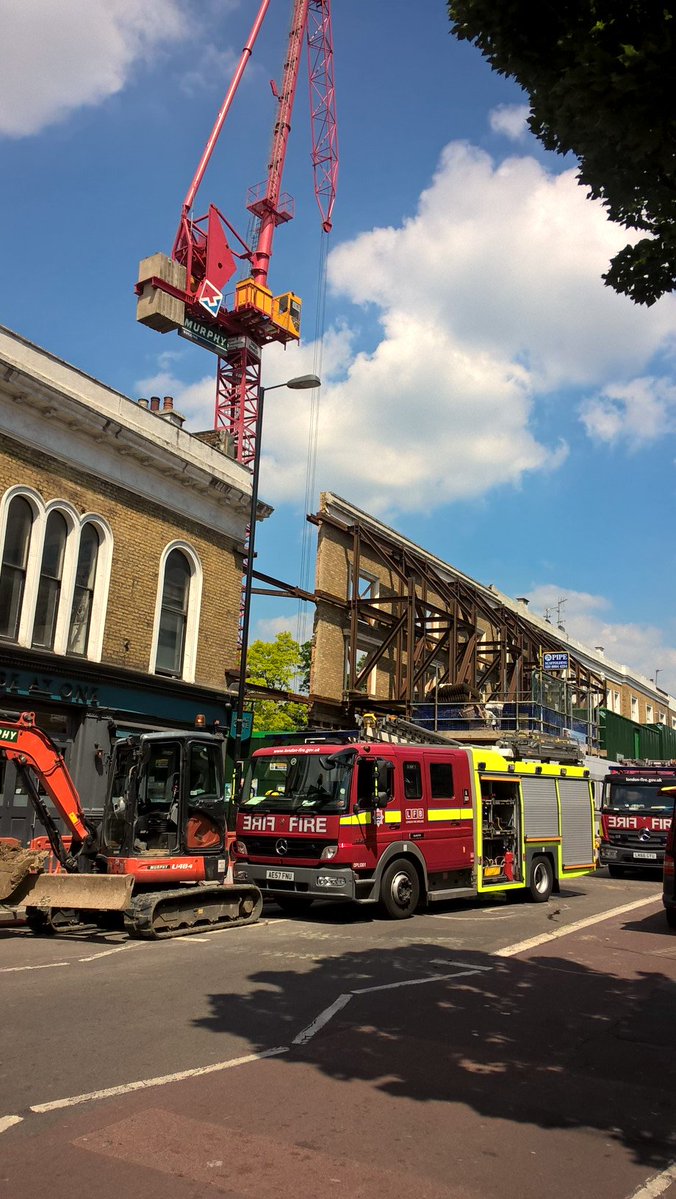