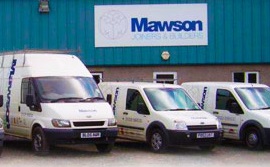 A building firm and its owner have been sentenced at Preston Crown Court - with the owner receiving just a suspended eight month sentence.

The company – Peter Mawson Ltd – a building and joining firm, pleaded guilty in December to ‘corporate manslaughter’ and a breach of the Health and Safety at Work Act by failing to ensure the safety of employees.

Peter Mawson, owner of the company, also pleaded guilty to a breach of the same act and was sentenced to eight months in prison, suspended for two years, 200 hours unpaid work, a publicity order to advertise what happened on the company website for a set period and to take out a half page spread in the local newspaper as well as pay court costs of £31,504.77. (At the time of going to press, no such advertisement had appeared on the company’s website.)

The tragedy occurred at approximately 3:15pm on Tuesday, 25 October 2011. Emergency services attended West Cumberland Farmers, Lindal, Ulverston, following a report that a man had fallen through a roof. Jason Pennington, 42, had been working on the roof and had fallen through the skylight from a height of approximately 7.6m on to a concrete floor. He was taken to Furness General Hospital where he died a short time later.

“This has been a long and complex investigation, and we have worked closely with the Health and Safety Executive (HSE) to establish what happened on that tragic day,” explained DS Paul Yates, Cumbria Constabulary. “I hope that this case serves as a warning to other businesses in Cumbria that health and safety measures are extremely important, and if not implemented correctly can result in devastating consequences.”

On behalf of the HSE, Chris Hatton, Investigating Inspector stated that Mr Pennington had lost his life because the company that employed him had done nothing to make sure he was safe while he worked on a fragile roof. “Peter Mawson knew the clear panels on the roof weren’t safe to walk on but neither he nor his company provided any equipment to prevent workers falling to their death. If scaffolding or netting had been fitted under the fragile panels, or covers had been fitted over them, then Jason would still be here today,” concluded Mr Hatton.