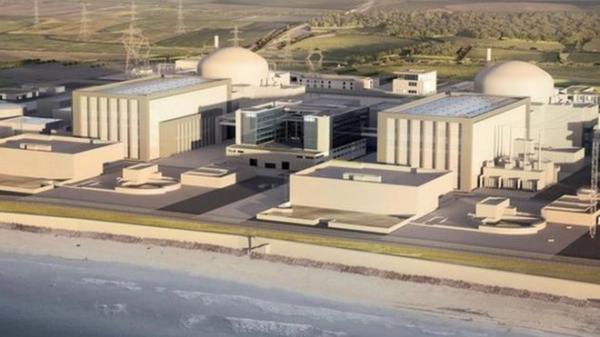 While on a tour of China, Chancellor George Osborne has stated there is a £2 billion government guarantee for a new nuclear power station at Hinkley in Somerset.

The statement has already caused criticism for the likely cost to the taxpayer of relying on the Chinese and that the type of power station to be built is obsolescent already.

The Conservative government supports the need to have new nuclear power stations which has led to Osborne giving the green light to the initial £2 billion government guarantee for the first such plant in Britain for 20 years.

While on a five day tour of China, the Chancellor announced the new government guarantee, provided by Infrastructure UK for a new nuclear power station planned for Hinkley Point C in Somerset.

The initial deal is set to be worth around £2 billion and will pave the way for a final investment decision by French-owned energy company EDF, supported by China General Nuclear Corporation and China National Nuclear Corporation, later this year and with further amounts potentially available in the longer term.

It is claimed the new plant should produce enough energy to supply 7% of the country’s needs, powering approximately 6 million homes.

Few doubt that during the next 10 years the UK needs to replace around 25% of its capacity because of ageing nuclear and coal power plants being decommissioned which the new Hinkley Point power station is being promoted as helping to meet the gap.

“Britain was the home to the very first civil nuclear power stations in the world and I am determined that we now lead the way again,” said George Osborne in China. “Nuclear power is cost competitive with other low carbon technology and is a crucial part of our energy mix, along with new sources of power such as shale gas.”

Not surprisingly environmental groups have been lining up to voice their objections, claiming that the decision shows the retreat from backing renewables continues and that the scheme will be prohibitive in construction and running costs.

Dr Doug Parr, Chief Scientist at Greenpeace criticised the £2 billion guarantee as “signing up the country for the ultimate rip-off deal. “Instead of locking two generations of UK consumers into paying billions to foreign state-owned firms, Osborne should invest in the flexible, smart, and truly clean energy system that can power a twenty-first century Britain without leaving a pile of radioactive waste as legacy.”

The question mark over EDF’s participation has, however, been partly resolved by Osborne’s commitment. “The Chancellor's approval of the infrastructure guarantee is a clear sign of the government’s commitment to Hinkley Point C,” stated Vincent de Rivaz, CEO, EDF Energy.

Without the government £2 billion, there was great doubt that EDF would have committed to being part of the Hinkley Point C scheme that is estimated to cost £24.5 billion. It will now continue to control the venture with a guaranteed minimum price of £89.50 per MW/hr for 35 years.

Picture:   The controversial Hinkley Point C scheme has been given a lifeline with the announcement by Chancellor Osborne of a £2 billion government guarantee.