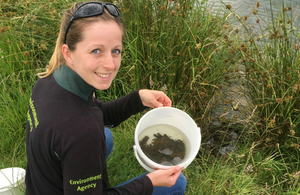 The House of Lords Select Committee on the Natural Environment and Rural Communities Act 2006 has called for evidence.

The Committee has been set up to review the effectiveness of the legislation in ensuring the UK has a diverse natural environment, with thriving rural communities.

The Committee will explore whether any aspects of the Act need to be re-considered or updated as a result of developments since 2006.

Issues on which the Committee is seeking submissions and which it will explore throughout the inquiry, include:

Lord Cameron of Dillington, Chairman of the Committee, said: “The Natural Environment and Rural Communities Act 2006 sought to deliver against the then Government’s Rural Strategy; it established the now disbanded Commission for Rural Communities and created Natural England. It has an extremely broad remit that is supposed to protect the environment and biodiversity while also promoting the needs of rural communities. Eleven years on we need to ask whether this Act and the current delivery structures approach these issues in the right way.”

This is a public call for written evidence to be submitted to the Committee. The deadline is 4pm on Monday 11 September 2017.

The endangered white-clawed crayfish have been transferred to two secluded locations, chosen for their potential as safe havens. Known as ‘Ark Sites’, the carefully selected refuges have all the characteristics needed for the crayfish to establish a thriving colony, including good-quality water, suitable habitat, and an isolated location.

Most importantly, they will be safe from the threat of their non-native counterparts, the North American Signal crayfish. This invasive species out-competes our own for food and habitat, and carries a fungal disease that devastates native populations.

Scotland based firm, NWH Group, has invested £50,000 in preserving ‘bat caves’ at its Middleton Quarry site on the outskirts of Edinburgh.

The business acquired Middleton Quarry in 2013 with plans to reinstate the site to grass and woodland by firstly in-filling the excavated area with inert material from the Borders Railway development where it was employed to collect and recycle waste such as soil, clay and bricks. One of the planning conditions for the reinstatement was to ensure the safeguarding of the local bat population which was resident on site in the old underground mine workings.

Working with consultant ecologist, David Dodds Associates, under a Scottish Natural Heritage license, NWH Group developed an innovative plan to protect the old mine workings, where the bats roost, with a series of gabion basket structures formed using existing rock from the quarry.

Mark Williams, MD at NWH, said: “We are involved in a diverse range of recycling projects and it’s really satisfying to see our team take such an innovative approach, and be instrumental in a conservation initiative that has a really positive impact on our local environment.”

The ‘bat cave’ is now successfully operational in the upper quarry, with three different species of bat, the brown long-eared bat, Natterer's bat and Daubenton's bat, flying up to 50km to use the old mine for hibernation. NWH Group is now set to move on to phase two, the lower quarry reinstatement. Planning permission has already been granted for the infilling of the second quarry, and in line with SEPA’s recently published draft guidance on the recovery and disposal of waste in quarries, the site is now open to firms who are looking to responsibly dispose of inert waste materials.

The Environment Agency has started work on a multi-million scheme to protect homes and businesses in Teesside from flooding.

And they are working closely with partners at RSPB and Natural England to design and build a scheme which maximises benefits for the internationally designated habitat and to ensure disruption to wildlife and visitors to the local area is kept to a minimum.

The first phase of the project, which saw new flood defences built at Port Clarence to reduce flood risk from the River Tees at a cost of £4.5million, was finished in December 2015.

Phase two will see the Environment Agency raise existing flood embankments along Greatham Creek, to reduce the flood risk to Port Clarence and land which is south of the Creek.

There will also be a managed realignment of part of the current flood defences. This means a new embankment to the north of RSPB Saltholme Nature Reserve will be built around a larger area of land and then the existing flood embankment will be breached. This results in the creation of around 30 hectares of intertidal habitat to the north of the nature reserve. It’s a popular area frequented by seals, and a variety of bird species including shelduck, knot and redshank.

Phase 2 is expected to be complete by the end of 2018. Together the projects reduce the risk of flooding from both the River Tees and Greatham Creek at Port Clarence, protecting 350 homes and 32 businesses.

The Environment Agency’s Senior Advisor on the scheme Phil Marshall said:  "It’s a great example of how we’re working closely with partners, businesses and communities to create long-term, sustainable solutions to flooding while also making enhancements to the environment."

Contractors BMMJV (BAM Nuttall and Mott MacDonald Joint Venture), are carrying out the work on behalf of the Environment Agency.

More than 1,000 properties across Delph, Uppermill, Stalybridge, Mossley, Hayfield, Glossop and Whaley Bridge will benefit from the pioneering ‘Slow the Flow’ project. The project will ‘slow the flow’ of water reaching rivers and watercourses upstream of communities at flood risk.

Measures to slow the flow of water - from peat restoration to woodland planting and leaky barriers - will trap sediment and help to reduce the need for channel maintenance. The project will be carried out by a wide range of partners, including the Irwell River Trust, United Utilities and Cheshire Wildlife Trust.

The scheme is one of 58 across England which will benefit from £15 million of government funding for natural flood defences.