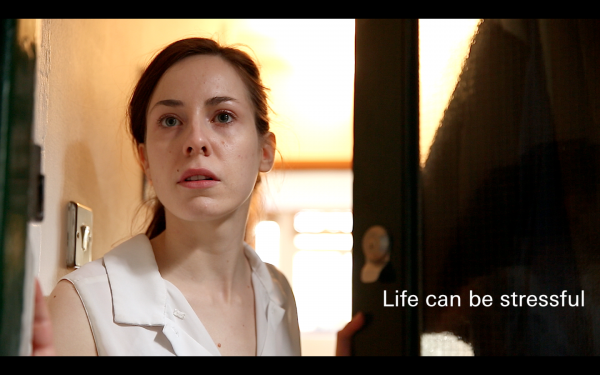 A powerful new film, launched by the British Safety Council (BSC), shows how stress can lead to injury and fatalities at work. In any activity where concentration is vital for safety, such as working in construction, driving or in health and social care, stress can be fatal it says.

Stress is often discussed in relation to sickness absence. However, it’s less reported how it can endanger lives. Some research claims that up to 80% of accidents are related to stress at work. Whether it is work-related stress or stress that people bring to work, stress can put at risk the safety of both employees and members of the public.

Matthew Holder, Head of Campaigns and Engagement at the BSC, said: “It is well documented that stress is a significant cause of sickness absence, undermining both productivity and profitability. What is less discussed is how stress can endanger lives. Evidence shows that stress significantly contributes to injuries in sectors such as construction, transport and agriculture. In the medical profession, stress is a major predictor of work-related accidents and there are strong links between fatigue and sharps injuries.

“We made our film to warn people that being tired, distracted and unable to fully concentrate can make simple tasks such as climbing a ladder more dangerous. Aimed at employees, it contains a warning that being stressed can endanger their lives. However, the film is also directed at employers, showing how important it is that managers and supervisors identify the symptoms of stress and help their staff to deal with it. As the film says, life can be stressful and people need to be aware of the danger signs.”

Information accompanying the film reinforces this message. It describes common symptoms of stress and actions that employees can take to reduce stress. The film is part of the Council's campaign Speak Up, Stay Safe, targeted at younger employees to raise their awareness of risks at work. It’s the first time the campaign has tackled stress.

Holder also pointed to statistical evidence demonstrating the consequences of stress at work:

Picture: A still from the British Safety Council's new YouTube film about stress - The last Word. A link to the film will be published here later once technical difficulties have been overcome