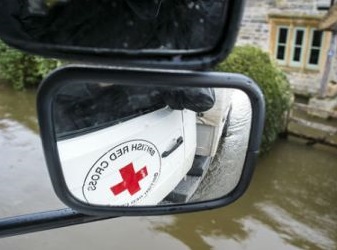 A one-day seminar from CIRIA will be asking leading experts from the construction and sustainability sectors if there is enough being done to address global climate change in the context of the COP21 agreement.

The built environment also has an important role in reducing emissions to meet the Carbon Budgets of the Climate Change Act 2008 and the recently agreed targets of the UNFCCC COP21 agreement.

This event will explore the latest climate science and policy in the UK, including Climate Change Act 2008 and COP21 and what changes we can expect in the future. Speakers will also discuss key initiatives for meeting UK and global carbon targets for climate change mitigation, e.g. NetZero carbon new building, energy efficiency and refurbishment and consider whether the UK is on track to a low carbon built environment.

A recent update report from the Green Construction Board Early has found that the built environment is reducing emissions enough in order to meet targets set by the Green Construction Board Low Carbon Route map (based on Climate Change Act 2008 carbon budgets) or the Construction 2025 targets for 50% lower emissions by 2025. Monitoring and assessing progress is an important part of supporting early action and mitigating the chance of dangerous climate change.

This event aims to increase awareness and understanding of climate change and the supporting science and policy and discuss the impact and responsibilities for construction industry and businesses. Delegates will:

Picture: Problems of climate change and the built environment are dealt with in a CIRIA one-day seminar next month

Global green building is expected to double by 2018, according to a new study from Dodge Data & Analytics and United Technologies Corporation, on which the World...