How to Get a Lift for Handling 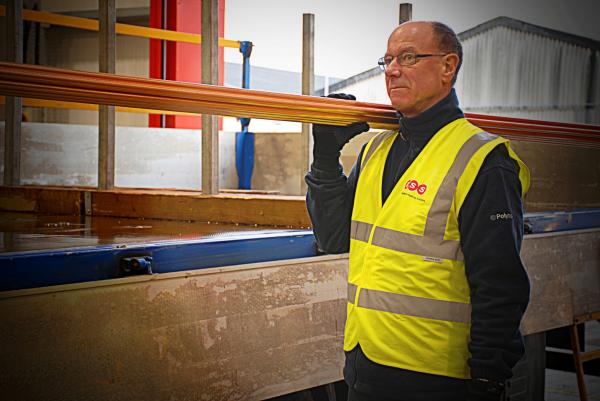 A back-saving safety initiative, which has cut lost time in manual handling accidents across the BSS branch network by 80% in one year, has been shortlisted for awards.

BSS is a distributor of pipeline and heating for commercial and industrial applications and has been able to reduced costs, created more time to serve customers and encourage local decision making by implementing the safety programme.

It has been shortlisted for the H&V News Awards 2016. BSS and is one of six finalists in the Safety Initiative of the Year category for its LiFT programme.

LiFT is claimed to take a new approach to reducing manual handling accidents and injuries. Rather than simply focusing on showing employees how to lift correctly, BSS asked them to come up with strategies to reduce the need to lift altogether. Good ideas appeared to have spread from branch to branch with new approaches resulting not only in fewer accidents but also in more time being freed for other tasks.

The programme coaches individuals from branches on a two-day workshop, sending them back to train colleagues and to dig out ideas, supported by regional teams to help implement good ones.

It was viewed by BSS as not just a navel gazing exercise but offering benefits to customers in terms of improved order accuracy and much better service. This is because the health and safety appraisal process does not take place in isolation – it is not simply being about risk management – but is part of an integrated management approach to safety, environmental practice and quality.

Ideas have ranged from the simple changes to rethinking processes. One problem solved involved orders made late in the day. These late-ordered goods would often arrive from distribution mixed with replenishment stock. Through the LiFT process, employees found a new way to highlight the orders, making them easier to spot, removing the need to double-handle and reducing customer waiting times.

“Manual handling injuries, and in particular back injuries, are bad news for our colleagues and their families,” said Chris Hufflett, MD, BSS. “The LiFT programme is making a positive impact on people’s lives as well as making our branches more efficient, which is good news for our customers too.”

New research from Direct Line for Business has revealed workers took 4.3 million sick days between 2014 and 2017, with 568,000 being the result of an accident in the...