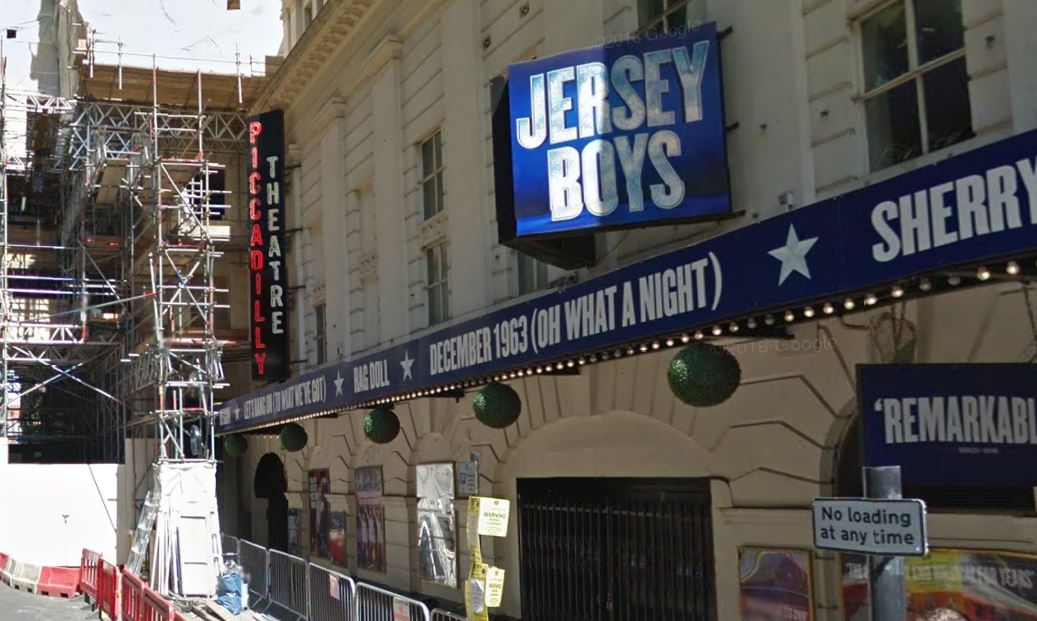 I stopped in the middle of that building and I saw the sky, a quote from Herman Miller's Death of a Salesman became particularly apt when the ceiling came down at the Piccadilly Theatre where the play has been revised.

A packed 1,100 audience were evacuated on November 6 from the venue in the heart of London's theatreland. A section of plaster ceiling fell onto the third floor seating area in the six storey building.

Three men and two women were treated on scene by London Ambulance Service for cuts and injuries caused by falling debris.

The incident is reminiscent of a similar incident in December 2013 which ThisWeekinFM reported live from the scene - the Apollo Theatre on Shaftesbury Avenue. More people were injured in this incident - 76 (originally reported as 85).

Three fire engines and three fire rescue units were called at just after 8:00pm on Wednesday as Death of a Salesman had just got underway - the production had enjoyed its first night on  Monday. The owners of the Piccadilly, Ambassador Theatre Group, have been unable to reveal when repairs will allow performers to return to the stage.

A BBC journalist, Iain Haddow, had been at the show. He reported there had been a 'steady drop of water coming from the ceiling', which apparently became worse (although it was not raining at the time) prior to the ceiling falling in.

As in the Apollo Theatre incident, building works are in flow next door to the Piccadilly.

Picture: A previous production at the Piccadilly Theatre - with building works shown in background.