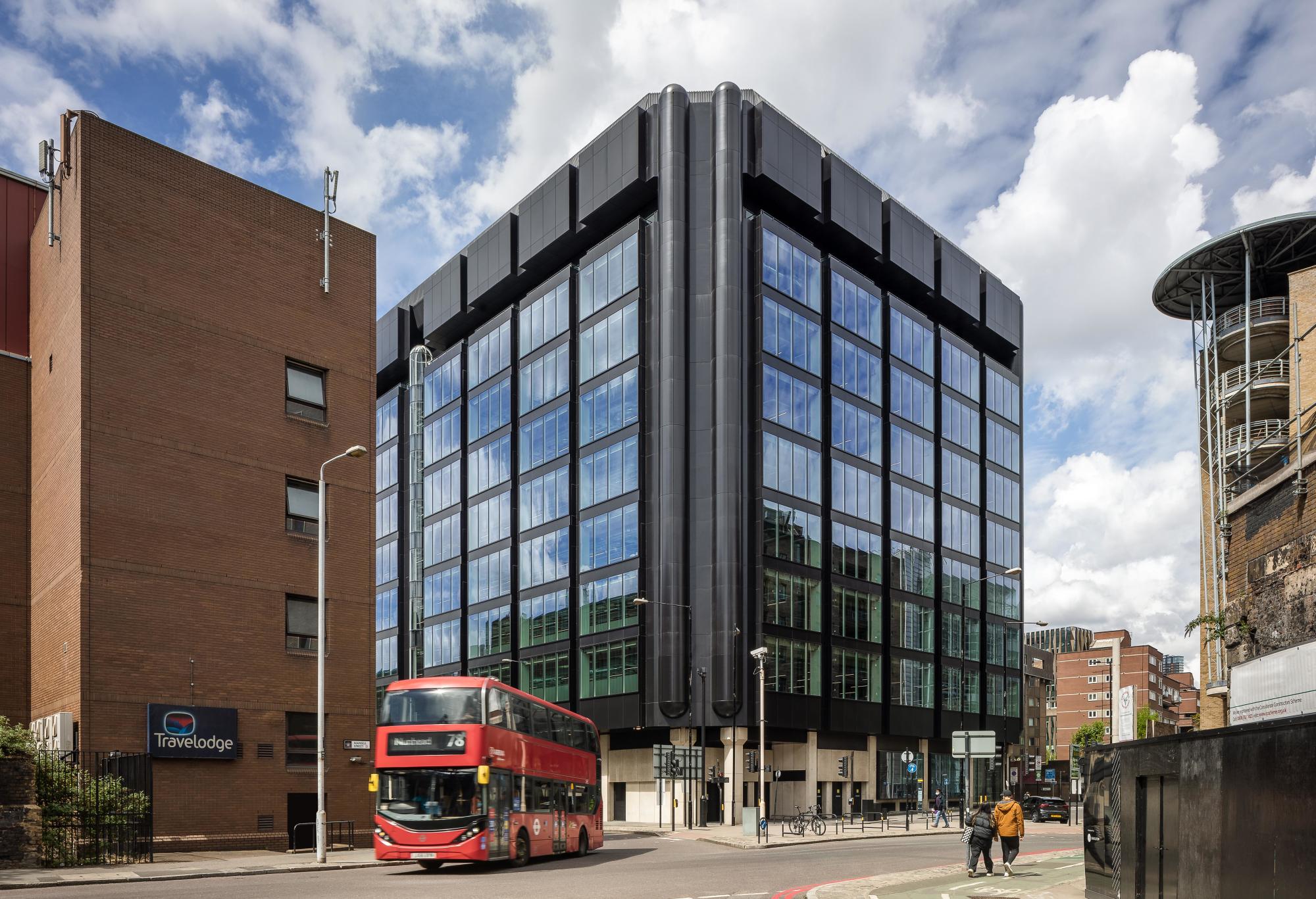 Originally built in the 80s, One Portsoken Street is 233,000 sq ft of premium office space for a range of tenants. Located on the edge of the City of London, the iconic brutalist building is connected to both London's financial sector and creative industries.

Oktra has delivered the record-breaking project, gutting the nine-storey building and filling what was once one of the largest atriums in Europe. The interior optimisation has led to a 20 per cent increase in lettable space.

“The result is a redefinition of what’s possible in design and build: One Portsoken is a ground-breaking project for Oktra and for the London design and build market. It’s a great thing to be involved in.”

One Portsoken Street is in the process of achieving a ‘Very Good’ rating from BREEAM, the world’s leading sustainability assessment method. 100 per cebt of site waste was diverted from landfill; 99.35 per cent of waste was recycled, while the other 0.65 per cent was incinerated to produce energy. These recycling efforts reduced the project’s carbon emissions by 73 per cent.

Surrounded by Tower Hill, Tower Gateway, Aldgate and Aldgate East underground stations, the new One Portsoken features a lively public ground floor and landscaped open space. Floorplate sizes range from 10,000 to 30,000 sq ft and are designed to accommodate up to three separate tenants. The building features impressive ceiling heights ranging from 4-10 metres and improved destination control with nine new lifts and a striking lobby space with a two-and-a-half-storey atrium.

Picture: a photograph of the interior of One Portsoken Street

Picture: a photograph of the washrooms at One Portsoken Street

Picture: a photograph of the view from a balcony at One Portsoken Street. The Shard and other landmarks can be seen from here.

Picture: a photograph of the interior of One Portsoken Street, showing a reception desk

Picture: a photograph of the interior of One Portsoken Street, showing a corridor

Main Picture: a photograph of the exterior of One Portsoken Street

JPMorgan Chase has unveiled the design for its new global headquarters at 270 Park Avenue – set to be New York City’s largest all-electric tower with net-zero...