In the Market to Redevelop Market 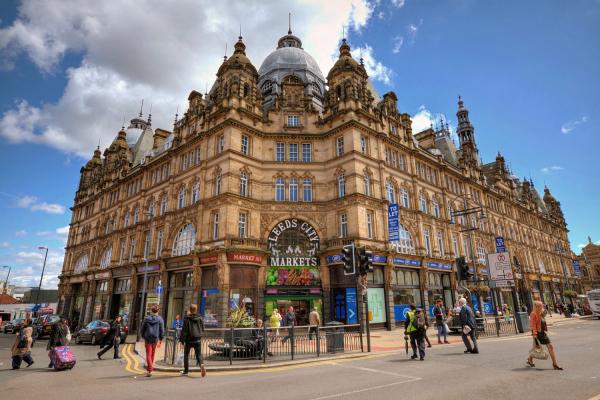 Interserve has been awarded a £12.3m contract by Leeds City Council to improve and refurbish the historic Kirkgate Market in Leeds City Centre, via the YORbuild framework.

The redevelopment will primarily modernise the Grade 1 listed building.

Located in the heart of the city, the existing market attracts more than 35,000 shoppers per week, and while works are expected to last until Autumn 2016, plans are in place to ensure it will be business as usual for the 200 permanent businesses located within the indoor market as well as the 150 trading on the open market.

Specifics of the redevelopment include:

John Gittins, Divisional Director of Interserve, said: “There are a number of challenges with completing work around a live retail environment. To mitigate these, we have already undertaken some initial enabling works and will complete some of the work outside trading hours to minimise disruption.

“As the building is listed, we will be working closely with English Heritage and the conservation team.

“Presently, approximately 1,750 people are employed at the Leeds Kirkgate Market and this project will create a number of additional local jobs, apprenticeships and training opportunities.”

Councillor Richard Lewis, Leeds City Council’s executive member responsible for regeneration, transport and planning said: “This is one of the most exciting developments happening in Leeds today. By working together we will create a highly successful, profitable and sustainable market.

“Kirkgate is a prime retail location with a major historical and cultural significance for Leeds, so it is only right that we invest in its future now to make it a sustainable and ‘go to’ destination for generations to come.”

Picture: Kirkgate Market in Leeds City Centre is to be refurbished in a £12.3m contract