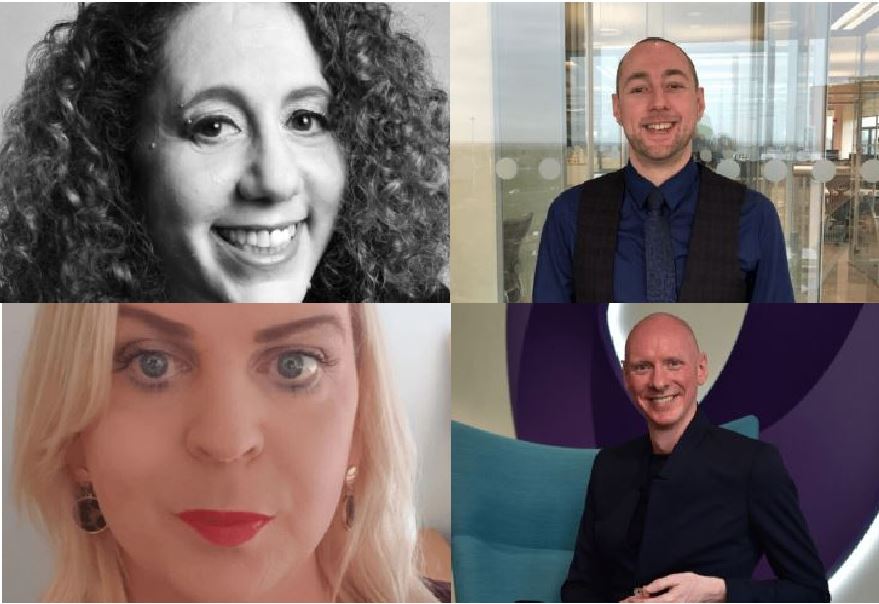 More workplaces than ever are taking LGBTQ+ inclusion seriously – with 503 entries received to get on Stonewall's Top 100 Employers 2020 list. The education, legal and government sectors dominated the 100 – but it was Newcastle City Council that claimed the top spot.

Research by Stonewall released to coincide with the Top 100 announcement, demonstrates why it’s important that increasing numbers of employers are creating inclusive workplaces. More than a third of LGBT people (35 per cent) looking for work are worried about being discriminated against or harassed because of who they are. Meanwhile, one in five LGBT staff (18 per cent) have been the target of negative comments from colleagues.

Each year, Stonewall also names individuals and network groups who have made an outstanding contribution to LGBT inclusion in their workplace – and there have been some notable names from the facilities management filed in recent times. This year, Laila El-Metoui received the accolade of Stonewall’s Lesbian Role Model of the Year for her work in the Tower Hamlets Council and as co-chair of their LGBTQIA+ Network.

She was also Co-chair of Tower Pride (the Tower Hamlet Council’s LGBTQIA+ and friends staff network) during this time, helping to grow the network from a handful of people to over 100 members.

El-Metoui said: "Having positive role models in your life gives you hope. It can inspire you to achieve. I was and I am still inspired by my own role models. I hope to encourage people to be the change they want to see."

Gay Role Model of the Year

Carl Edwards is a Design Technician at Severn Trent. He founded the LGBT+ network at Severn Trent in 2017 and took the bold step to share his personal coming out story with his whole company on National Coming Out Day.

Since setting up the network, Edwards has worked to increase LGBT inclusion in his workplace. Personally, he has reviewed all key policies to ensure they are LGBT inclusive, created a trans inclusion guide and worked with the Employee Assistance Programme to ensure they provide LGBT support and advice.

"Over the last three years I’ve been able to create an LGBTQ+ network group, had a company-wide impact on policies, people and processes, and I’ve been involved in the creation of an LGBTQ+ Allies programme."

Edwards also influenced senior leaders to make LGBT inclusion a priority, joining the Diversity Champions programme. Edwards said: "Knowing we have a more inclusive workplace now not only makes me proud of this accomplishment and award, but also proud to work for Severn Trent.”

Bi Role Model of the Year

As Grant Thornton’s LGBT+ Network Convenor, Wild has advocated internally for LGBT communities, particularly to promote greater bi and trans inclusion and lobbied to secure resources for the network. Wild has helped Grant Thornton with their policy reviews, drafted a transitioning at work policy and advised the firm in their launch of an Inclusion Ally role that promotes inclusive behaviour in the workplace.

As Bi, Wild uses 'they' as the third-person singular. Their trailblazing work has involved setting up an LGBT reverse mentoring scheme and leading Grant Thornton LLP’s first celebration of Bi Visibility Day.

Wild said: "At Grant Thornton, we celebrated Bi+ Visibility Day for the first time in 2019. One of our colleagues took the opportunity to come out spontaneously.

"That’s why I chose to stand tall and proud of my identity – to give that one scared person who is hiding or hurting the confidence to express their true selves with pride.”

Trans Role Model of the Year

Ricki Kettle works in Equality and Staff Support Services at the Northern Ireland Civil Service (NICS). As an active member of the LGBT Staff Network’s steering group, she has had a pivotal role in working with the network and the Service more broadly to ensure that the needs of trans staff are met. Kettle was a key player in the launch of the NICS’ trans policy and transitioning at work guide. She is also a member of the NICS Stonewall Steering Group, which involves completing their Stonewall Workplace Equality Index submission and pinpointing potential areas for improvement.

"I’m proud of playing a visible role in the NICS’ Transitioning at Work and Trans Equality Policy and engaging directly with colleagues who had questions around it.

Sanjay Sood-Smith, Stonewall’s Executive Director, said: Every year, our list of the Top 100 employers show us who’s leading the way when it comes to creating a work environment where LGBT people can thrive and be themselves in the UK.

"We spend most of our lives at work, so getting workplace inclusion right makes a huge difference in the lives of so many LGBT people."

When it comes to the 503 entrants and the Stonewall's top LGBT-inclusive employer list, Stonewall’s Executive Director Sanjay Sood-Smith said: "Whether you’re a global corporation or a local business, you have the power to protect and support LGBT people with accepting workplace environments where staff can bring their full selves to work. The more organisations that stand up for equality, the sooner we will live in a world where all LGBT people are accepted without exception."

In compiling the Top 100, Stonewall surveys staff of the employers who submit to the Workplace Equality Index and collects more than 109,000 anonymous responses on staff experience of the UKs workplace culture and diversity. This year, an encouraging 81 per cent of LGBT employees who responded to the survey said they feel able to be themselves in the workplace.

Newcastle City Council has become the first local authority to reach number 1 in the Top 100 since Stonewall started its annual ranking sixteen years ago.

The council, who came fifth in the 2019 list and have been the highest-ranking local authority for the last three years, claimed the top spot this year for their commitment to equality. LGBT inclusion is embedded across all areas of their work, from employee HR policies to recruitment processes and all internal communications.

Sanjay Sood-Smith said: "Newcastle City Council is paving the way for others to follow when it comes to putting LGBT inclusion and equality at the heart of their workplace. When staff feel comfortable, happy and understood, they will perform much better than if they’re having to hide who they are, or if they’re scared to go to work for fear of abuse."

Newcastle City Council ran numerous events over the previous year, including their ‘7 days of Pride’ campaign, supporting and highlighting the LGBT community in the run up to Newcastle Pride. They also put on events to mark other visibility days such as Bi Visibility Day, International Day Against Homophobia, Biphobia and Transphobia (IDAHOBIT) and Trans Day of Remembrance.

‘I’m incredibly proud that our commitment to inclusivity has been recognised with this accolade. It is a fantastic achievement for us to be the first local authority to be named as Stonewall’s Employer of the Year.

"But this is really an award for everybody in our city who shows us every day that we are all equal and that our great city accepts everyone," continued McCarthy. "Newcastle is a safe and welcoming city and the North-East in general does a great deal to champion the LGBT community. We are all eagerly anticipating the fantastic opportunity to demonstrate this by being the host city for UK Pride 2020."

The Top 100 is the UK’s leading list ranking employers from public, private and third sectors on how inclusive their workplaces are and is intensively competitive.

Stonewall research shows why bi inclusion is needed with half of bi men (49 per cent) and a third of bi women (34 per cent) hiding their identity at work, compared to seven per cent of gay men and four per cent of lesbians.

Stephen Miles, CEO of Commercial Services and Executive Sponsor of LGBT+ Inclusion at DWF said: "It’s hugely important to us that everyone feels that they can be themselves at DWF. That’s why we're delighted to win the Bi-Inclusive Employer of the Year Award this year, highlighting our work to prioritise bi inclusion across the business."

For the second year running, education organisations have come top of the class in this year’s Top 100, with 16 making the list. Cardiff University was the sector’s highest achiever, coming in at ten, while Pearson, Britain’s multinational publishing company, made its debut at 80.

The legal sector came a close second with 15 firms on the list, including last year’s winner Pinsent Masons at position 4. Two legal organisations are making their first appearance on the Top 100 this year: Mayer Brown International LLP (64) and the Solicitors Regulation Authority (93).

For the third year running, Stonewall has given special recognition to companies who have gone above and beyond to ensure trans staff feel accepted. This year’s list includes last year’s number one employer, Pinsent Masons, along with Victim Support, Skills Development Scotland and the Department for International Trade.

Picture: From left clockwise, Stonewall's Role Models - Laila El-Metoui, Carl Edwards, Charles Wild and Ricki Kettle. The Ally of the Year 2020 is Dr Sarah Perkin and the Senior Champion of the Year is Tracey White - neither are quoted and thus not pictured.

Global service provider Atalian Servest has launched CHROMA, a new diversity and inclusion platform. The platform is made up of three key networks: physical &...