Israel – A Blueprint for Work Life After COVID?

Israel has the highest vaccination rate in the world, leading some to argue that the country could be a blueprint for post-pandemic working life.

By February 2021, more than 84 per cent of people ages 70 and older had received two doses of the vaccination, leading to the rapid decline of COVID-19 cases and deaths.

By April, the country had recorded no new daily COVID deaths for the first time in ten months.

According to an article published by Bloomberg, Tel Aviv may offers a glimpse for other economic hubs of what work may look like soon. As Yaacov Benmeleh wrote: “Traffic is returning to the city streets. Elevators are getting crowded. Favorite lunch spots are filling up. Two months after Israel reopened its economy, Tel Aviv is moving on from the work-from-home era.”

Benmeleh writes that demand for space is increasing, with shared office space provider WeWork reporting a 20 per cent increase in footfall in its Israeli buildings since February. Data from Google also demonstrates an increase to almost pre-pandemic levels in commuting to Tel Aviv during April.

Dany Bahar, a senior fellow in the Global Economy and Development program at the Brookings Institution, argues that Israel’s vast and heavily-invested public health infrastructure lies at the heart of what makes Israel such a great pilot country for post-COVID life:

“The World Bank’s World Development Indicators show signs of the high levels of public investment in Israel’s health system since the early years of the state. For instance, in 1960, Israel had 2.5 physicians and 6.83 hospital beds for every 1,000 people, compared to less than 1.3 and less than 6, respectively, for countries such as Uruguay, Poland, and Greece, which had similar income per capita levels at the time.”

Employment Drive – Benefits for Those Who Return to The Office

One measure which may have accelerated the “return to work” uptick, is the offer of financial rewards for those who head to the office. Prime Minister Benjamin Netanyahu incentivised people to return to the workforce with a package of benefits for those who returned between February and April 2021.

A “Return to Work Grant” offered a portion of the equivalent unemployment benefits to those who had been out of work for at least 130 days. The grants were paid only to employees whose wages have dropped by at least 40 per cent, compared to their previous workplace. 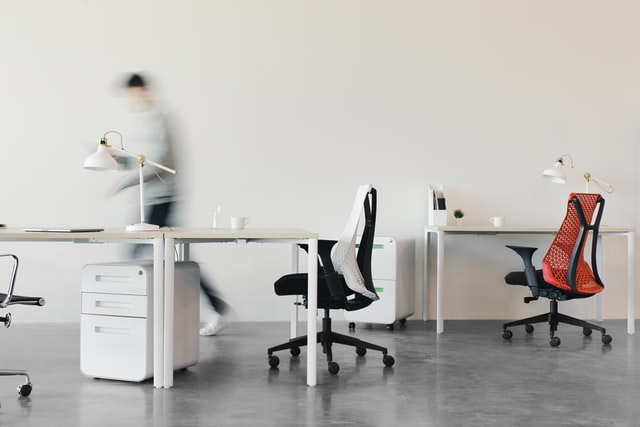 Picture: a photograph of a set of office desks, with the blurred figure of a person seen in the background

In addition to moving on from the “working from home” model, Cushman and Wakefield has reported a gradual and consistent improvement in the volume of credit card use in Israel since restrictions were lifted in February:

“In the field of clothing and footwear, the volume of credit card purchases in the past week are more than 20 per cent higher than the daily average before the coronavirus period (in 2019).

“In other areas such as hotels and restaurants, credit card use has risen by tens of percents in recent weeks, despite not having returned to a volume of purchases like the pre-crisis period.”

Picture: a photograph of Tel Aviv by night, showing the city's skyscrapers lit up

A senior HR consultant offers guidance on how employers can keep workplaces safe and encourage employees to get vaccinated. Anil Champaneri, Senior HR...