It's all in the Pipeline 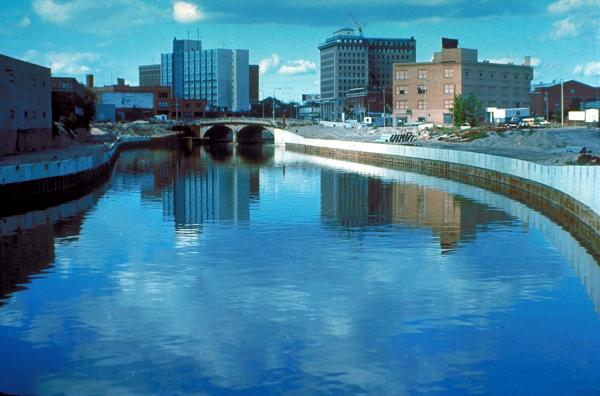 An advanced pipelining technology newly introduced to the UK and originally developed for use on US aircraft carriers, is playing a role in restoring safe water supplies to Flint, Michigan.

The 100,000 residents of the city were left with unsafe water supplies, including unacceptable levels of lead after inadequately treated water from the River Flint caused corrosion throughout the city water network.

Nu Flow, manufacturer of the Nu Line blown-in epoxy pipelining system, contacted the US Environmental Protection Agency to offer help in solving the crisis, saying its patented technology could cut the cost of repairing the water system by relining existing lead pipework to make it safe.

The problems in Flint arose through a failure to maintain water chemistry in abstractions from the Flint River which subsequently caused corrosion to the ageing water network. Thousands of people in the city had reported health problems and were having to rely on emergency supplies of bottled water for drinking and bathing.

“Flint faces many problems but one of the most serious was the high levels of lead which has been detected in drinking water,” explained Dermot Finn, Operations Director, Nu Flow. ”Many people assumed the city authorities would have no choice but to rip out and replace all the lead pipework in the city but fortunately there was an alternative. Using our patented epoxy resin, Nu Flow can restore and repair pipes, creating an impermeable barrier between the existing lead pipework and the water and so quicker and cheaper than replacing pipework as well as being far less disruptive to householders.” Another advantage was that relining pipes could be carried out at one-third of the cost of replacing existing them.

Back to clean water supply

The city has now adjusted its water treatment process, adding chemicals which will in time coat and restore the interior of the corroded mains pipes.

However as many as 15,000 residents in the city are connected to the mains by lead piping which has been affected by the corrosive water. The city authorities and the State of Michigan are now facing calls to identify and rip out all the remaining lead piping in the city as part of a long term infrastructure investment programme which will cost an estimated US$1.5 billion.

The Nu Flow system has an estimated life of 100 years and has already been used to repair historic buildings including the White House and the House of Representatives and was recently used to restore the plumbing of a 1,000-year-old castle in Ireland where the pipes were previously considered beyond repair.

Picture: Safe water supplies were under threat in Flint, Michigan until an answer came from UK manufacturer Nu Flow and its blown-in epoxy pipelining system