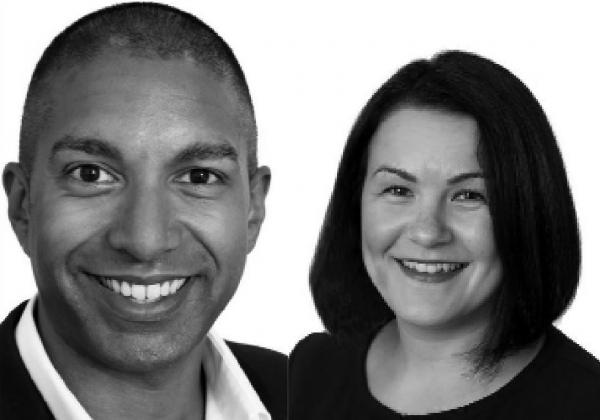 The OUTstanding & Financial Times run annual power lists of leading LGBT and ally professionals and executives and identify future leaders across all business sectors. OUTstanding is a professional membership organisation for global businesses. They work directly with LGBT+ and ally leaders to promote inclusion in the workplace.

JLL embeds diversity and inclusion in the firm’s culture in order to allow people to feel free to be themselves in the workplace. The firm has played an active role in Changing the Face of Property, is a member of Stonewall and has spearheaded campaigns designed to reduce homophobia in the property sector.

JLL also spearheaded a campaign to get over 600 construction workers to wear rainbow laces on site and hundreds of JLL employees to wear a bright colour in support of the International Day against homophobia, transphobia and biphobia (IDAHOT.) The firm’s Building Pride network was also nominated by the British LGBT awards for best LGBT network of the year.

JLL UK CEO Chris Ireland, commented: “The firm’s Diversity & Inclusion strategy plays an essential role in making sure we continue to develop our culture of inclusivity and cultural collaboration. We have made huge strides at JLL including our multi-award winning #cantbelieveisaidthat video series challenging unconscious bias and we will carry on to ensure fairness in our recruitment and promotion procedures as well as in the development of our policies.”

CEO and founder of OUTstanding, Suki Sandhu added: “Large corporations have the power and influence to promote LGBT+ inclusion and pave the way for real societal change around the world. By recognising the impact of those who are leading the charge, the OUTstanding Leading LGBT+ & Ally Executives and LGBT+ Future Leaders Lists continue to inspire both businesses and individuals to drive LGBT+ equality forward.

“OUTstanding exists to challenge the assumption that you cannot be out and successful in business, to create role models that will inspire the next generation of business leaders and to encourage companies to use their far reaching voices for good.”

For the Leading LGBT+ executives and Leading ally executive lists, the nominee’s seniority and influence was taken into consideration. They must also be visibly out or a vocal ally, actively working to create an environment where LGBT+ people can comfortably bring their best professional selves to work. It was important that people were working towards this goal over and above their day job, which made it hard for the judges to consider diversity and inclusion professionals, however deserving.

The Future Leaders list are high performing and high potential individuals but can be at various levels in their careers. A stronger emphasis was placed on their work towards LGBT+ inclusion rather than their seniority in the business.

Dave is the co-chair of the LGBT network and over the last three years has become a very visible and vocal LGBT role model. He has used his expertise in sustainability communications to raise awareness of LGBT issues both internally and for the property sector as a whole. Dave led a number of programmes including working with 3 construction companies to tackle homophobia by getting over 600 workers to wear rainbow laces on site and also getting hundreds of JLL staff wearing a bright colour in support of IDAHOT. Dave speaks with senior leaders on how they as allies can set a positive example. He has also spoken to a number of teams about his personal journey while presenting the business case for LGBT inclusion. To influence the sector, Dave has led conversations with four clients to help them start LGBT networks, has spoken at Stonewall Workplace Conferences and the Facilities Management Conference on what building managers can do to help LGBT inclusivity, and has been quoted in the Independent and FT on his views. JLL held its first company awards last year and Dave won the Community Impact award for his work in diversity & inclusion.

Misa is lead director for UK Marketing and Communications at real estate professional services firm JLL. JLL employs over 3,200 people in the UK and she is the Exec sponsor for the business’ Diversity & Inclusion agenda, a focus she sees as vital to the health of any brand operating today. Misa is also on the steering committee for Changing the Face of Property a cross-industry diversity initiative and of JLL’s Building Pride network. She’s one of few out bi people in Property and actively promotes LGBT inclusion and the need for diversity in all its forms within her company and the wider industry. In addition to her role at JLL Misa is on the board of Home Live Art a company of creative producers in the field of live art and performance and on the advisory board of Funny Women, the UK’s leading female comedy community.

Did You Hear About Paul - An Equality Inspiration

Paul Sony, a security officer, has received the ‘Highly Commended’ award for Most Inspirational Individual on Equality in the GMB or at Work. Sony has been...

More workplaces than ever are taking LGBTQ+ inclusion seriously – with 503 entries received to get on Stonewall's Top 100 Employers 2020 list. The...