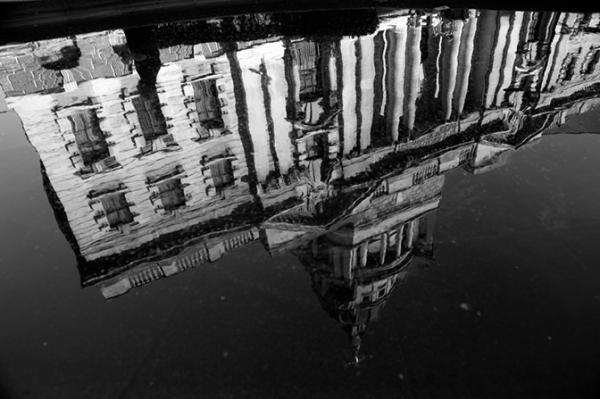 A man was sentenced on Thursday 18 at the Old Bailey for manslaughter. The verdict was delayed on Wednesday as his judge was stuck in a lift!

The convict now be spending considerably more time in an enclosed space than the judge - nine years with time off for remission. Ridwaan Shaikh punched his victim - Bradley Cresswell -  to death outside the Hydeout Nightclub in Watford on September 17 this year. However, Shaikh avoided a murder charge and was convicted of manslaughter instead.

The judge in the case - Anthony Morris QC - had been to a celebration within the Old Bailey to mark his retirement from the highest court in the land. The sentencing hearing was delayed and subsequently rescheduled whilst the judge was freed from the lift - which took a full forty-five minutes. The official Old Bailey line was that Morris had been unavoidably delayed with no further explanation given.

The jury in the case had taken 14 hours to give their verdict, which when read, saw Shaikh weep. His sentencing today has not been revealed - notice is behind the case of the parents jailed for eleven years each for the death of a baby girl and pretending it happened a London bus.

Who does the lift maintenance?

ThisWeekinFM has contacted one of the previous incumbents for lift maintenance at the Old Bailey and has also asked others in the business for a view. We have not heard back from the present  incumbents.

Martin Oliver of Guidline Lifts said: "I don't know the lift involved or what's been modernised but I do know the old lifts in an historic building of this type come with complications. Lifts are not magic - they are high value machinery that are constantly working and need to be treated accordingly. And the older they get the more they need to be viewed like vintage cars - specialist knowledge, handling and spare parts.

Planned preventative maintenance should amortise callouts and trappings - but even then things can go wrong. It looks to me as if the current contractor did a good job to free the judge in a relatively short time.

Picture: Hopefully Ridwaan Shaikh will have time to reflect on his actions following his sentence at the Old Bailey