Keeping a Smile on the Boat Race 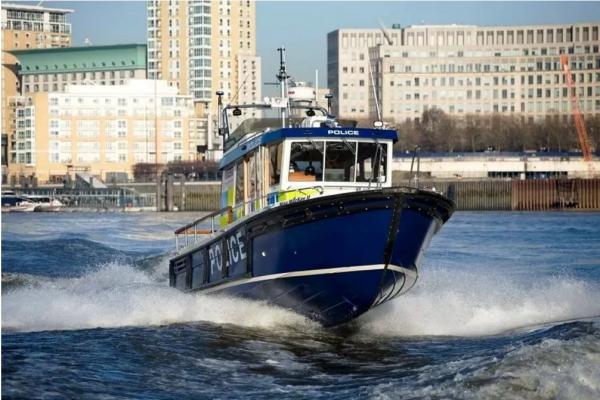 The 163rd men's and the 72nd women's University Boat Race went ahead as planned despite an unexploded World War Two shell being discovered sunken into river mud on the route down old lady Thames.

Specialist officers working closely with the Marine Police Unit and local police in Hammersmith and Fulham successfully removed the ordnance found in the water on the north side of Putney Bridge in time for the area to be declared safe. The boating action actually takes place on the south side of Putney Bridge.

Crowds of onlookers were able to take their places on the banks to see the women of Cambridge and the men of Oxford overcome their traditional rivals. In fact, whilst the respective dramas of sport and bomb disposal unfolded, no roads were actually closed. The women set off at 4:35pm with the men's race at 5:35pm.

Police were called by a member of the public just before 2:oopm on Saturday, April 1. The submerged item was assessed and removed by specialist officers on Sunday. Chief Inspector Tracy Stephenson said on the day: "I'm very happy to update that the ordnance has now been safely removed and the boat races will be going ahead as planned. We have been working very closely with the organisers of the boat race to plan this event which is eagerly awaited by spectators and supporters alike."

Picture: The Marine Police Unit and local police in Hammersmith and Fulham made sure the University boat races were not a bomb-out

The transition from a buildingās construction to occupation isnāt always smooth. Gosha Jacewicz shares her experience explaining the challenges faced are a result of two significant phases in the life of a building coming together at the single point of practical completion. Click Image To Read More