Learning to Walk the Walk will Pay Dividends 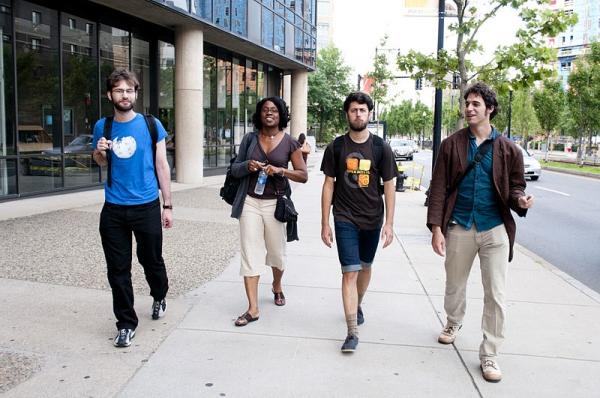 Brisk 20 minute walks each day could be enough to reduce an individual’s risk of early death, according to new research published.

The Cambridge University study of over 334,000 European men and women found that twice as many deaths might be attributable to lack of physical activity compared with the number of those to obesity.

To measure the link between physical inactivity and premature death, and its interaction with obesity, researchers analysed data from 334,161 men and women across Europe participating in the European Prospective Investigation into Cancer and Nutrition (EPIC) Study.

Between 1992 and 2000, the researchers measured height, weight and waist circumference, and used self-assessment to measure levels of physical activity. The participants were then followed up over 12 years, during which 21,438 participants died.

The results have been published now in the American Journal of Clinical Exercise and the findings have found that the greatest reduction in risk of premature death occurred in the comparison between inactive and moderately inactive groups, judged by combining activity at work with recreational activity.

Just under a quarter (22.7%) of participants were categorised as inactive, reporting no recreational activity in combination with a sedentary occupation.

The authors estimate that doing exercise equivalent to just a 20 minute brisk walk each day – burning between 90-110kcal (calories) – would take an individual from the inactive to moderately inactive group and reduce their risk of premature death by between 16-30%.

Using the most recent available data on deaths in Europe the researchers estimate that 337,000 of the 9.2 million deaths among European men and women were attributable to obesity (classed as a BMI greater than 30): however, double this number of deaths (676,000) could be attributed to physical inactivity.

“Although we found that just 20 minutes would make a difference, we should really be looking to do more than this – physical activity has many proven health benefits and should be an important part of our daily life,” explained Professor Ulf Ekelund, Medical Research Council (MRC) Epidemiology Unit at the University of Cambridge, who led the study.

Picture: Brisk 20 minute walks each day could be enough to reduce an individual’s risk of early death.

After the recent rail disruption with more to come, Graham Bird explores the effects of a daily commute and explains how the rush-hour race can be reduced. ...

PHE’s (Public Health England) One You campaign was launched at the end of January to help middle age people live more healthily by asking ‘How are you?’...