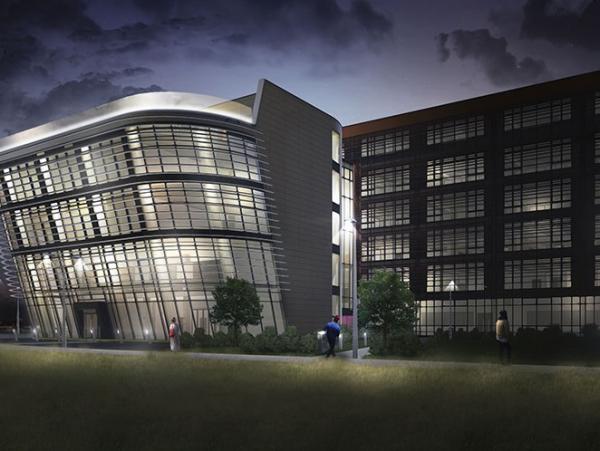 A company in Derbyshire has been fined after a worker fell thirteen metres down a service riser shaft.

Leicester Magistrates’ Court heard how a 36-year-old worker, who was from Romania, was dismantling falsework (a form of temporary structure) in a building that was under construction at Fletcher Development, De Montfort University, Leicester.

An investigation by the Health and Safety Executive into the incident, which occurred on 15 June 2015, found that there was an unsafe system of work and inadequate supervision of workers.

David Ashley Construction Limited, of Lydford Road, Alfreton, Derbyshire pleaded guilty to breaching Regulation 4(1) of the Work at Height Regulations 2005, and was fined £20,000 and ordered to pay costs of £1,776.

DMU's new Vijay Patel Building, home to the faculty of Art, Design and Humanities, is the centrepiece of a £136 million De Montfort University (DMU) Campus Transformation Project which, when complete, will provide DMU with one of the finest campuses in the country. Dr Patel, a graduate of DMU's Leicester School of Pharmacy, and his wife Mrs Patel have made the single biggest donation by individuals in DMU's history. The building’s construction is split into three main areas – the Arts Tower development, the Design Wing and the new catering area. Other changes to the area include a 'green lung' of open parkland along Mill Lane leading to the edge of the River Soar, creating a new gateway connecting the city’s West End to the city centre.

Picture: The Vijay Patel Building - will open over the Spring/Summer