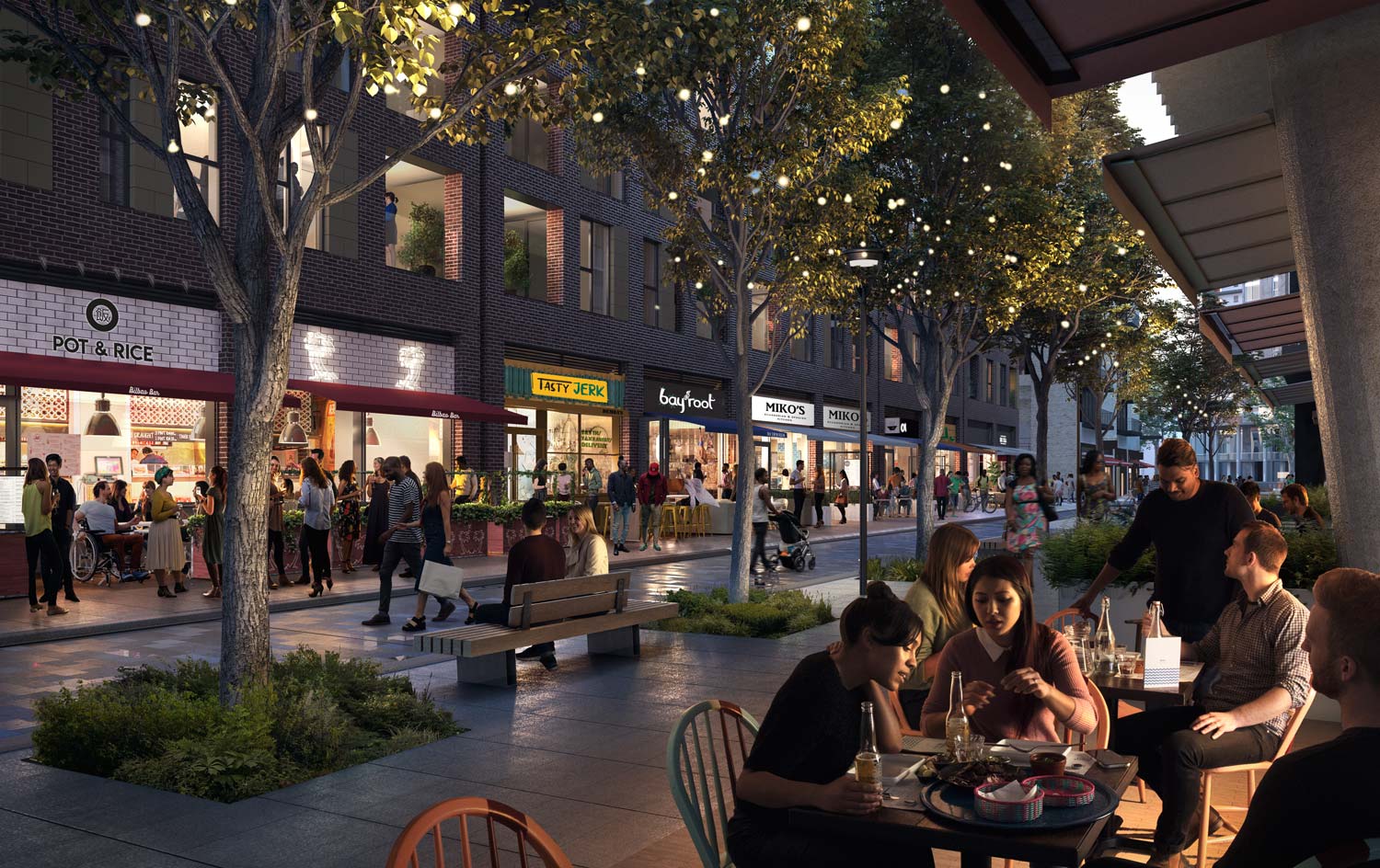 Lendlease has declared that profits will be down by 9 per cent in their construction business but the Australian based firm is in good nick and ready to open a Heavenly Desserts at their IQL destination in east London.

The property management and development company, with its roots in Australia, builds and operates all over the world. Steve McCann, CEO, stated that the year-on-year profit decline was as a result of 'lower activity' in North America - and particularly in New York City.

In an Australian Stock Exchange release, McCann explained that 2018 had also been a particularly good year for Lendlease – and thus 2019's result should be judged evenly in light of that performance.

Elsewhere McCann was also buoyant, pointing to the completion of international projects and the successful sale of Lendlease's engineering business.

“The endorsement of our capability is the success and vibrancy of our completed precincts such as the Paya Lebar Quarter in Singapore where we have created a world-class destination for people to live, work and visit, while exceeding our financial and non-financial performance targets."

March 11 saw Lendlease announce that a luxury dessert brand had opened their first London store at International Quarter London (IQL) in a £2.4 billion joint venture development between Lendlease and LCR in Stratford.

The close to 1,500sq.ft Heavenly Dessert’s provides space for 70 covers, including an outdoor patio space, marble flooring and an elegant velvet décor.

“Since the launch of our first café in 2008, we have grown to over 20 locations across the UK. The Stratford store marks the first stage of our expansion across London.”

Heavenly Desserts’ opening follows the recent news of D&D London signing an agreement to launch its latest dining concept at the Pavilion, the landmark anchor building at IQL. The three-floor Pavilion is currently under construction, and will be comprised almost entirely of sustainable timber, encompassing a ground floor café and brasserie, first-floor restaurant, and a rooftop bar overlooking the Queen Elizabeth Olympic Park.

Steve McCann commented: “The Group grew its urbanisation pipeline significantly, completed another world-class urban precinct and progressed the sale of the Engineering business. These and other initiatives have strengthened our business and position the Group for long term growth.

“Our ability to deliver transformational urban precincts with a focus on environmental, social and financial outcomes is recognised globally. These projects include one in the San Francisco (with Google which when complete will have cost $15 billion) and the Thamesmead Waterfront in London - and of course, the completed $4 billion retail and residential components of Singapore’s newest lifestyle precinct, Paya Lebar Quarter."

McCann then turned to the environment to conclude his part of the brief, writing: “We are proud of our history of integrating environmental and social considerations into our business decisions. Today this approach is more important than ever, as we commit to addressing climate change across our operations."

Picture: Lendlease's Elephant Park is a 'destination' in the Elephant & Castle area of south London. In the areas still under completion, Lendlease is employing 1,500 people who live locally.