Levy to Pay for Broadband in Remote Areas on Cards 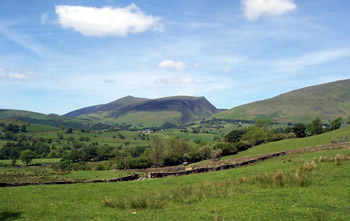 According to a BBC report, the government may be forced to introduce a levy to meet its target for superfast broadband use in rural areas.

The target by the government is for superfast broadband to reach 95% of the population by 2017.

This may seem ambitious but on the Department for Media, Culture & Sport website, the commitment is still there: ‘…the government wants to extend coverage as far beyond this as possible. We’re working with suppliers to see how we can do this through a series of pilot projects. The pilots will run until March 2016. Further evidence and findings will be published during 2015 and 2016.’

In March this year Chancellor George Osborne made it perfectly clear what he wanted to see. “We’re committing to a new national ambition to bring ultrafast broadband of at least 100Mbps to nearly all homes in the country, so Britain is out in front.” However, it was a pledge which the government’s own strategy paper described as ‘challenging’.

In practical terms it would seem that a levy of £500 million might be imposed on those providers introducing superfast broadband, although general taxation may be another option.

Speaking to the BBC, Andrew Ferguson of the ThinkBroadband believed any levy on industry would undoubtedly be passed on to customers, increasing monthly bills. “If a £500 million levy was to be raised over two years, it would add around £1 per month to every broadband bill if we assume providers passed on the levy in full and we see no reason why they would not,” he said.

Delivering on fine objectives will be the test for both the government and the providers as was pointed out in March after the Osborne commitment. “What we want is delivery,” said Sarah Lee, Head of Policy, Countryside Alliance. “Rural communities have been over-promised and transparency of delivery has really failed them. We are very supportive of a universal service obligation but research shows for everyday uses 10Mbps is the optimum level.”

Picture: A levy might have to be imposed if the government target for remote areas receiving superfast broadband is to be achieved