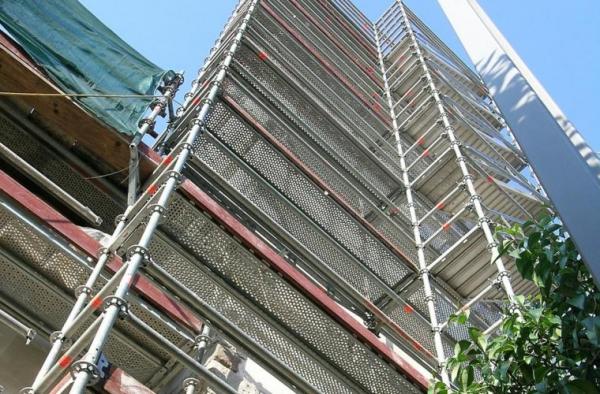 Wednesday July 19 saw the The Local Government Association call on the government to launch an urgent and immediate review of building regulations.

Lord Porter, LGA Chairman, said: "Following on from the Grenfell Tower tragedy, we want the Government to begin an urgent and immediate review of building regulations. We cannot wait for the result of the public inquiry or coroner’s report before this review is started. We have to act based on what we know now, while being prepared to revisit the building regulations again in the future if any additional lessons need to be learned.

"There is complexity and confusion in the current system that must be addressed and local government must play a central role in this review from the outset. The review needs to consider how easy it is to use, comply with and understand the building regulations and the associated documents supporting them, particularly those relating to the installation of cladding and insulation on external walls of buildings and how the building control, fire safety and planning regimes interact.

"We have been clear all along that entire cladding panels and the insulation behind them need to be fire tested together as a system, rather than just the core of the panels on their own. We are pleased these much-needed changes to the testing process will now happen. It is vital that we get this right and this whole-system testing needs to happen as soon as possible."

Lord Porter continued: "We are concerned that the Building Research Establishment, carrying out safety tests, does not feel able to release the results of previous cladding system tests, as these are deemed commercially confidential. If the public are going to have faith in this fire safety testing process then everything needs to be out in the open. It is no time for contractors or manufacturers to withhold test results from both councils and the public.

“The industry and BRE needs to waive this confidentiality in the public interest to assist the government and councils in gathering as complete a picture as possible of what is and is not acceptable in cladding systems. These are exceptional circumstances when not only the safety of thousands and their peace of mind is at stake.”

Mark Scott, a specialist in residential property at law firm Blake Morgan, commented: “Many homeowners might say that ‘a man’s home is his castle’ and the owner is free to leave their property vacant if they desire. However, there are a large number of empty properties in the UK and many would argue they could be put to better use. One possible way would be to encourage owners of vacant properties to make more use of them. This could be achieved by offering a tax incentive, perhaps for letting the property out or making it available for use by local authorities or housing associations in emergency situations.

"Another incentive would be a refund of stamp duty land tax, in part, if the property is sold within a certain timescale. This might discourage owners from simply sitting on properties and waiting for the value to increase.”

Property Guardianship is a security solution for landlords who have vacant buildings and are working out what to do with them. Rather than paying out for expensive security, property owners pass their building over to a property guardianship company, who then let it out to keyworkers, charity workers and public sector workers. This allows tenants to live in interesting, centrally located properties at a much lower price.

Is Property Guardianship a solution for empty homes, offices and ultimately the housing crisis?

Tim Lowe, said: “Property Guardianship has had a lot of bad press. Five to ten years ago, it was very ‘alternative’. But it is now becoming increasingly popular among working professionals of all ages; people who want interesting, well located accommodation with a strong community feel.

"Demand is growing exponentially. The biggest challenge is to keep up with demand; it’s becoming increasingly high and supply must match that.

"Property guardianship might not solve the housing crisis, but it can provide sustainable housing which sits comfortably in-between social housing and luxury high-end.”

Picture: Cladding test past and present should not be confidential says LGA Chairman Lord Porter