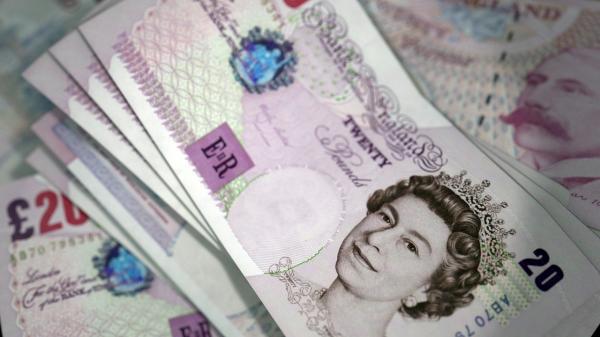 More than half (59%) of board members say their anti-bribery and corruption policies do not work effectively, according to a new international study from Eversheds. 80% of the senior executives involved in the research also confessed to uncovering corrupt business practices in their organisation, despite anti-bribery laws now being prevalent across the world, with an increased focus by prosecutors to bring charges.

Beneath the Surface engaged with 500 board-level executives in large organisations across 12 countries to find out how businesses are responding to bribery and corruption in their organisation. The findings paint a contradictory picture, where those at the top of companies understand the seriousness of these issues – for both profits and reputation – but are failing to back it up with adequate compliance programmes to prevent, monitor and manage corrupt behaviours.

Almost all respondents (95%) said bribery and corruption was an important issue for their business. But, less than a third of these board-level respondents (32%) said they actually understood their anti-bribery policy, while only 12% felt they have undertaken enough anti-bribery training. Just 45% believe their approach to managing bribery and corruption is appropriate for their business.

Despite high-profile prosecutions under the UK Bribery Act and US Foreign Corrupt Practices Act, less than one in ten (9%) board-level executives see potential legal ramifications as the main reason why bribery and corruption issues are important to them, with a significant number instead saying the impact on their business is the most important consideration. Specifically, when asked why bribery and corruption were significant issues, 61% of respondents identified the potential impact on commercial success, 20% identified the potential reputational damage and a further 10% identified the strong ethical culture at their organisation.

The findings also highlight an apparent clash between an organisation’s ethical intentions and its commercial objectives when it comes to addressing bribery and corruption. 87% of senior executives said their anti-bribery policy made it more difficult to build their business, while almost one in five (19%) are worried employees would resort to bribery or corruption when faced with challenging growth targets. 33% admit their business does not conduct specific anti-bribery due diligence as part of M&A activity.

Neill Blundell, partner and head of the fraud and investigations group at Eversheds LLP, said: “The recent Government-led international anti-corruption summit shows that bribery remains a problem. Businesses do understand the seriousness of bribery and corruption and the potentially devastating impact of a public investigation on their bottom line and their reputation. This in itself represents significant progress. Until recently bribes were viewed by many as just the price of working in certain jurisdictions and sectors but companies increasingly see bribery and corruption as being bad for business.

“However, the fact that less than one in ten see potential prosecution as the most important risk of bribery and corruption has profound implications for government’s anti-bribery strategies. Governments have typically tried to fight bribery by deterring companies with high profile prosecutions under the UK Bribery Act and similar overseas laws but they need to work with the private sector to articulate the business case for anti-bribery.

“Now, the challenge for businesses is to ensure their approach to anti-bribery and corruption is appropriate and commercially sensible. This means less reliance on policies and greater focus on creating the right culture and environment in which sound business practices can flourish. Boards need to take action in three areas – a thorough risk assessment, which is regularly reviewed; training that promotes discussion and shapes behaviours, and ongoing monitoring.

“If businesses can identify questionable practices in their organisation early, it can make the difference between facing a prosecution or not, so the incentive to get on the front foot is significant.”

Blundell concluded: “Incentives for self-reporting are becoming a more familiar feature of regulatory regimes and a growing use of deferred prosecution arrangements, regulators and law enforcement agencies is encouraging a climate of greater transparency and openness. However, the pace of regulatory change makes it difficult for multinational businesses to understand how their position changes from country to country.

"Bribery and corruption are undoubtedly challenging issues for organisations to deal with but they shouldn’t be holding businesses back. The reality is that corrupt business practices will always occur, particularly in high risk jurisdictions. What matters is the way an organisation responds and how prepared it is to effectively mitigate the risk it poses to their business.”

Picture: Back-handers are a problem for businesses at all levels

All Go for Gold in Serco Image Rescue Plan

Serco has been forced to appoint a conservative peer, Lord Gold, in a bid to save its reputation and to avoid being blacklisted from Government contracts. The firm faces...