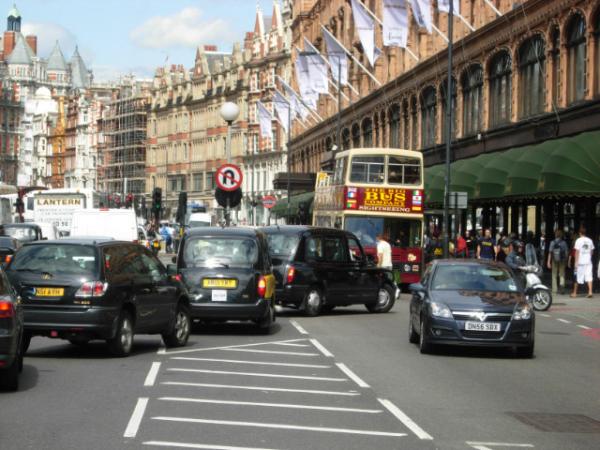 A major provider of real-time traffic information and connected driving services, INRIX has published its Traffic Scorecard Report that reveals UK drivers wasted an average of 30 hours in congestion during 2014.

A major reason in the UK has been that the economy grew by 2.8% last year, the highest rise since 2006 and faster than any other major developed country and double the European Union average of 1.4%. Levels of unemployment also decreased in 2014 by 21% from 2013.

These factors which are increasing consumer spending as well as spurring roadwork and construction projects nationwide, had a big impact on traffic with an increase of private and commercial vehicles on the road and more people commuting to work by car.

Traffic congestion was up in 14 of the 18 UK metropolitan areas in 2014 compared with nine in 18 in 2013. The biggest increases in congestion were seen in North Staffordshire (37%) and Greater Coventry (33%) where drivers sat idle in traffic for 26 and 28 hours respectively. Rising congestion levels in the Coventry area were the result of extensive, long-term roadwork schemes such as Tollbar Island.

Population growth and urbanisation are key drivers of congestion, and the UK’s population grew by 491,100 last year, reaching a record high.

London’s population also experienced high growth in 2014, increasing by 122,100 people. This contributed to drivers in the capital spending 96 hours on average stuck in traffic, 14 hours more than in 2013, resulting in London becoming Europe’s most congested city.

“We are seeing unprecedented increases in population and this, combined with strong economic growth and the consequent increase in building and construction, creates more traffic,” explained Garrett Emmerson, Chief Operating Officer for Surface Transport, Transport for London’s. “To tackle this, we need continued, sustained investment to boost capacity and modernise London’s road network.”

Picture:   The UK has climbed one place to fifth in the list of Europe’s most congested countries with London the worst in terms of going nowhere fast.

Almost a quarter of Brits want the Government to pay for smart city measures out of taxation in order to solve problems such as congestion and security. A survey of...

In a massive survey, the UK ranked in the top ten most congested countries in the world, the third most congested in Europe behind Russia and Turkey. Congestion is...