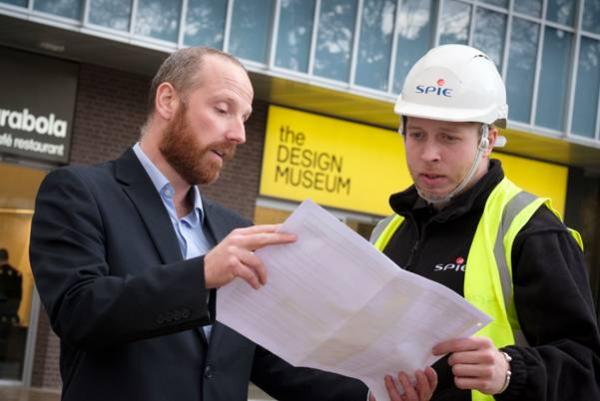 JPC (one of Regent Samsic’s brands - the one that charges more for its services in London) has re-secured its £1.3 million contract to clean the Chiswick Park commercial development.

The man with perhaps the most bizarre job every, Adrian Walker, Enjoy-Work Operations Manager, said: “Following a fair tender process, we felt that JPC is the right partner to continue to work with.”

Chiswick Park comprises accommodation arranged as a necklace of 12 office buildings, each facing into an inner garden with two-tier lake, waterfall, decked boardwalk, pathways and a variety of tree planting to its landscape.

Multi service provider Servest is expanding further into the catering field with the launch of new catering brand - Angel Hill Food Co. The company's blurb says: 'Angel Hill Food Co. was born with one aim: to serve Britain’s businesses with invention, dedication and, above all, exceptional food. By launching this exciting new brand, Servest is capitalising on the fact that a great deal of clients can be swayed by the catering offering as part of TFM tenders'.

John Hamill, MD of catering for Servest said: “Everyone who has worked on the creation of Angel Hill really has a love for good food and exceptional service and has put everything into making sure it will be a success.”

Rentokil Initial plc and Haniel & Cie. Holding Company have entered into an agreement to form a joint venture to provide in 10 countries principally in the Benelux and Central & Eastern Europe regions. It forms a Euro 1.1 billion conglomeration of Rentokil Initial’s workwear and hygiene businesses with Haniel’s businesses in 17 countries which operate under the CWS-boco brand.

SPIE UK has been awarded a three-year mechanical and electrical maintenance contract worth £447,000 with the Design Museum, London. As part of the tender process, SPIE UK’s Facilities Services division presented an approach demonstrating its considerable experience as well as the care and consideration it could give the museum’s collection.

The Design Museum is one of the world’s leading galleries of contemporary design and architecture, covering product, industrial, graphic, fashion and architectural design. It has just recently relocated to the former home of the Commonwealth Institute, undergoing an £83 million refurbishment.

Mitie’s document management business has been re-named Mitie Connect. The firm's explanation is: the 'rebrand is designed to better reflect how the business enables its clients to adopt innovative ways of managing information and documents'.

A snapshot of the Mitie Connect service was revealed to an exclusive audience of industry leaders from TBS Mobility, Microsoft, Vodafone and Samsung. The event focussed on the future of technology and included a demonstration of how AI, sensors and wearables can support people in the workplace, not only to drive efficiencies within the business but to create a business that tomorrow’s clients and workforce will come to expect as standard.

Engie has been announced as the overall winner of the Sustainable FM Index 2016, following comparison of its sustainability performance against 25 other UK facilities management providers.

The Sustainable FM Index is a scheme administered by consultancy Acclaro Advisory. Engie scored higher than all other companies in the top quartile including Bouygues Energies & Services, Carillion, EMCOR, Skanska Facilities and Vinci Facilities.

Acclaro MD Sunil Shah explained: “Engie has made concerted efforts in 2016 to raise its performance against the SFMI framework. Strong accountability and clear leadership mechanisms are at the foundation of Engie’s success.”

The ranking follows the full implementation of Engie’s ‘OurFuture’ Corporate Responsibility Plan which is a commitment by the business to create a positive, lasting environmental, economic and social legacy. This plan has been adopted throughout all parts of Engie’s UK energy and services business.