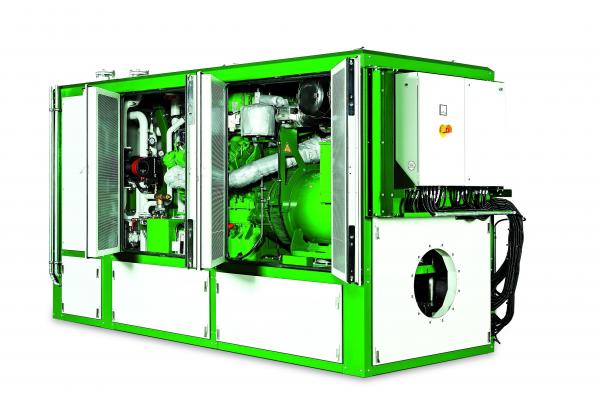 2G Energy, a manufacturer of combined heat and power plants, has launched a new range of low emission systems. Ranging from 20kWe to 240kWe, the systems emit 90 per cent less Nitrogen Oxide (NOx) compared with standard (500mg) units it is claimed.

In many areas of the UK, levels of air pollution remain unacceptably high. The main pollutants include particulate matter, sulphur dioxide (SOx), carbon monoxide – and nitrogen oxides (NOx). The latter are released into the atmosphere when fossil fuels are burned. While road traffic is the main source of NOx, the pollution caused by burning natural gas in domestic and industrial heating systems is often overlooked[1].

Combined Heat and Power is one of the most environmentally friendly ways of burning fossil fuels to generate heat – and electricity. However, it is vital that the performance of CHP systems is sustained over the entire lifetime of the system and that it complies with ever more stringent emissions standards. Having to turn a CHP plant off due to failed NOx emissions tests can be expensive.

Thanks to 2G Energy’s new NOx reduction technology, the company’s CHP systems in the g-box, aura and patruus 140 and 240 series are emitting less than 45mg/Nm3 @ 5% O2. That’s almost 50% less than the most stringent emissions limit set by both the Building Research Establishment Environmental Assessment Method (BREEAM) and the new Greater London Authority (GLA) Sustainable Design and Construction guidelines, and over 90% less than the standard accepted limit of 500mg/Nm3 @ 5% O2.

Compliance with the GLA’s air quality standards is a prerequisite for obtaining planning emission. In addition, 2G Energy’s new systems also qualify for the highest level of credits under the BREEAM standard. They are also in accordance with the Code for Sustainable Homes and the Clean Air Act.

2G Energy’s NOx reduction technology is an internal part of the 2G exhaust gas system, so neither the additional external equipment nor the size of the CHP system will change. For lower NOx emissions, or to cover the remaining turbo-charged CHP fleet, 2G offers a newly developed Selective Catalytic Reduction (SCR) system to provide NOx levels as low as 10mg /Nm3. SCR is used to convert nitrogen oxides into the common natural elements nitrogen, water and small amounts of carbon dioxide (CO2), thereby reducing the levels of NOx.

Mark Holtmann, Head of Sales and Project Management at 2G Energy Ltd. UK, said: “Offering the complete range of NOx reducing technology within our CHP package makes a significant difference to the usual CHP systems on the market. With our research and development department, 2G Energy is amongst the leading developers and manufacturers of CHP plants. Customers can control the CHP and the SCR with the same control - there are no interface issues, and no different dial-in procedure is required for the 2G solution. In addition, clients can monitor the entire CHP performance with 2G’s new digital cloud-based analysing tool, my-2G.com, which provides monthly reporting, a data management system, and a range of other features.”

Onesynergy from Ireland were hosted by ThisWeekinFM in the summer as they launched a number of energy efficient and energy production products (including a wind turbine)....

Morris Vermaport - or MV Lifts - deliver the Ecocell lift. It offers a number of benefits including being useable in the event of fire, being easy to install and saving...

A ‘wet’ underfloor heating system has been installed as part of an M&E package at the new Further Education building for West Suffolk College Located...

Shedding Light on the Situation

Over the last few years, continuously increasing demands on sound and thermal insulation have led to ever-larger window profiles. It seemed that technical...