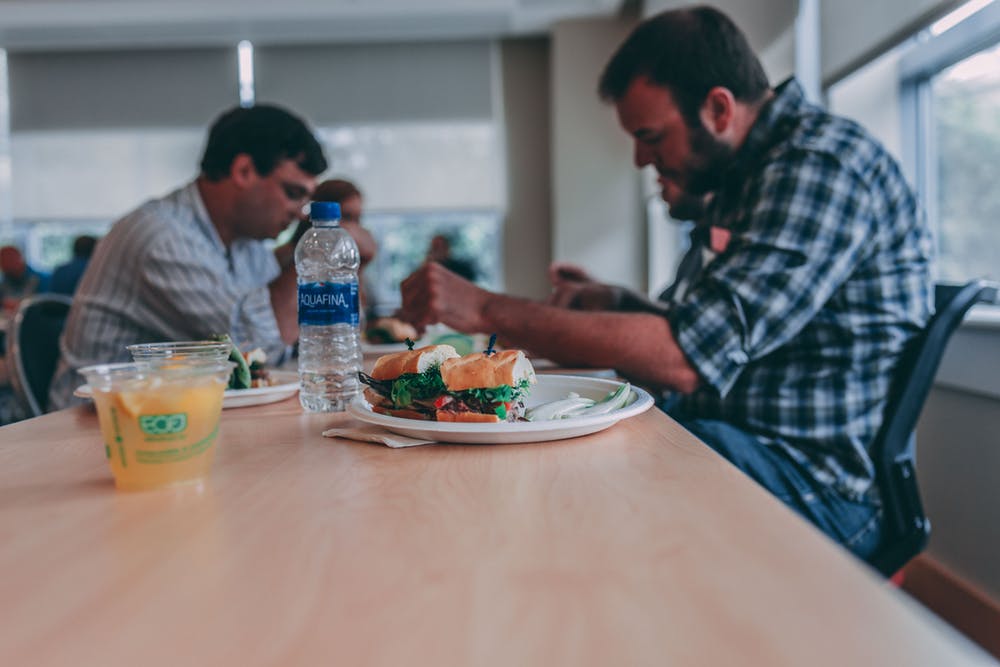 A Glassdoor survey has revealed that forty per cent of UK employees would like to reduce their working hours by not taking a lunch break.

Seven in ten UK employees say that they take less than an hour for lunch and the average lunch break across the UK lasts just 31 minutes, according to Glassdoor, one of the world’s largest job and recruiting sites.

The online survey, conducted by OnePoll, not only asked 2,000 employed adults across the UK. how long they take for lunch, it also posed the question of what people do with their lunch break and what they would prefer instead of a lunch break. Many respondents said they are looking for more flexibility in working hours.

So in a sign that the popularity of the traditional lunch hour is waning, 40 per cent of employees say they would rather have reduced working hours so they could come in to work late or leave early, instead of a designated lunch break.

Over one third (35 per cent) would prefer to have the flexibility to take a break whenever they wanted so that they have control over their day.

One in four people (24 per cent) say that they would rather have a higher rate of pay and fewer breaks.

For many workplaces in the UK, scrubbing a lunch break might prove tricky to implement because there are legal minimums for rest breaks at work.  However, lunch breaks are clearly no longer just about eating lunch. A quarter (28 per cent) of UK employees say they spend their lunch break browsing the internet and 23 per cent say they sit at their desk to catch up on work.

A fifth of employees (20 per cent) spend their lunch break on social media and 17 per cent say they use that time on general admin or running errands.

Not everyone wants to be sociable at lunch, with more than one in three employees (36 per cent) saying they prefer to be on their own during their lunch break and get some time away from the office. However, 27 per cent of employees say that they usually spend lunch with their colleagues.

Picture: Forty per cent of UK employees would like to reduce their working hours by not taking a lunch break.

Flexi Work - Booty: 'It's In The Eye Of The Beholder'

Tony Booty says companies should look around carefully and grab some data before embarking on flexible working office schemes. Booty is a director at Abintra which...