Man Dies After Falling Into Chimney 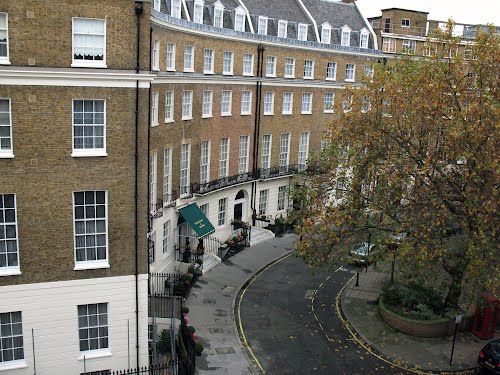 A 20-year-old man who made his way onto the roof of a seven storey building is believed to have  sat down on the edge of a chimney and then fallen backwards, down the chimney, to his death.

The accident is reported to have occurred at a private home in Great Cumberland Place in London's West End near to Marble Arch at the top of Oxford Street where many of the once domestic properties are now offices.

Police, London Fire Brigade, Air Ambulance and Ambulance Service attended having been called shortly before 1:00am. The man’s body was located at the base of the chimney in the lower basement of the building.

Inspector Ian Bond of Westminster Police said: “Our thoughts are with the young man’s family at this sad time.“

Picture: Great Cumberland Place where a man has fallen down a chimney to his death.