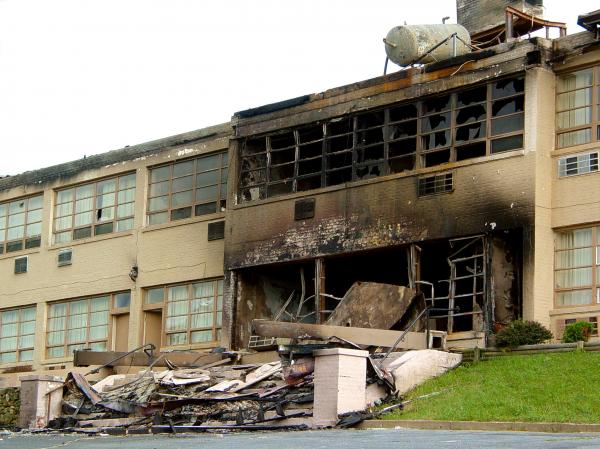 A disused and derelict council property – a sports pavilion – in Leyton in London has been burned down. Firefighters wearing breathing apparatus found the body of a man inside the building. He was confirmed dead at the scene.

The incident comes after months of warnings in the press (follow tags at the end of this article for those that appeared on ThisWeekinFM) about the hazards of vacant properties, the potential for fire and the need to ensure they are secured.

Along with the police and ambulance service, four fire engines and over 20 firefighters from Leyton, Homerton and Stratford fire stations attended the incident. The cause of the fire is under investigation by the Brigade’s fire investigation team and the Metropolitan Police.