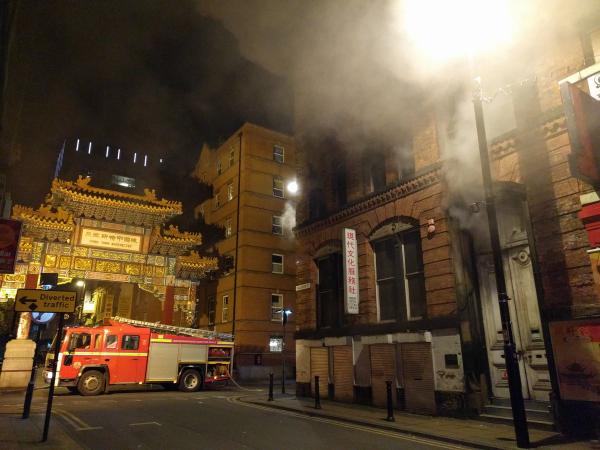 Police are appealing for witnesses to a fire in the city centre which left two men dead. Shortly after 2:15am on Friday November 25, police were called to reports of a fire in a disused building on Nicholas Street in the Chinatown district.

Following a search by firefighters from Greater Manchester Fire and Rescue (GMFRS), the bodies of two men were found.

A joint investigation with the fire service was launched to establish the cause of the fire and identify the men who were tragically killed.

Detective Inspector Rebecca Boyce said: “We continue to work closely with GMFRS to establish exactly how this fire started and who these men were. A large part of that will be speaking to anyone who may have witnessed the fire or were in the area in the hours before the fire. We believe that members of the homeless community may have been in or near the building before the fire started, and they would obviously hold information that will be critical to our investigation."

Picture: A fire in the centre of Manchester, which took several hours to bring under control, has killed two men