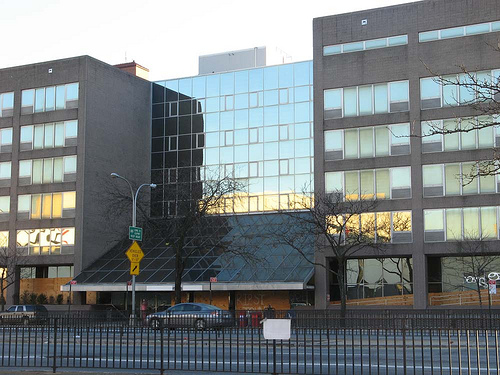 The trend to convert hospitals in prime sites in New York City is set to continue following the provision of a US$38 million bridging loan by Madison Reality Capital.

The deal by Madison Realty Capital (MRC), an institutionally backed commercial real estate investment firm and asset manager specialising in flexible debt and equity financing for middle-market transactions throughout the USA, was struck with a Chinese led foreign investor group.

It means the acquisition of the former St John’s Queens Hospital building at 90-02 Queens Boulevard in Elmhurst, Queens can be completed.

MRC completed the transaction within three weeks, and facilitates the purchaser’s plan to redevelop the 266,322sq.ft medical facility, which has been closed since its operator went bankrupt in 2009.

The new owners, a group of mostly foreign investors, led by developer, Steve Wu, will completely ‘repurpose’ the building, creating a mixed use project, incorporating residential, commercial, and community space.

“This is a particularly exciting and interesting deal because it highlights several trends we’re seeing in the market,” said Josh Zegen, Co-Founder and Managing Member of MRC. “New York has seen multiple hospital closings over the past few years, raising the issue of what happens to these large, centrally located buildings. Investors now understand the opportunity, and they’re looking to create value through adaptive reuse.”

Where foreign funds used to flow primarily to investments in Manhattan and Brooklyn, in this case they went to development in Queens. The former hospital is located along Queens Boulevard between 57th Avenue and Woodhaven Boulevard, directly across from the Queens Center Mall. Once complete, the property will offer retail space on the ground floor and in the cellar, community space on the seconnd floor, and 144 residential units on floors 3 and 6 and a penthouse on the seventh floor.  The purchaser also acquired the four-storey, parking building located behind the hospital building, which offers 290 spaces and direct access from Queens Boulevard.